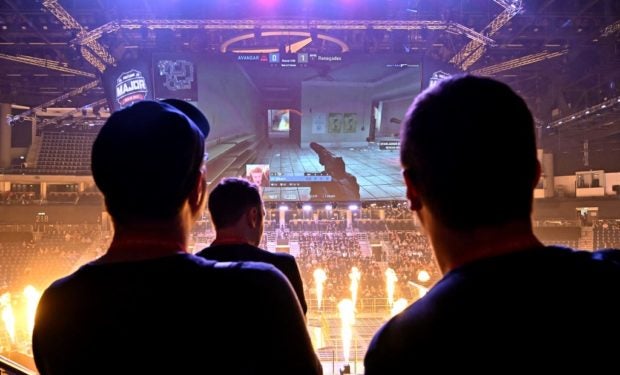 Supporters attend the match between team Avangar from Kazakhstan and team Renegades from Australia at the Starladder Counter-Strike-Major event in Berlin on September 7, 2019. (Photo by Tobias SCHWARZ / AFP)

PARIS — A new battle for dominance of the lucrative games console market is looming after US company Valve unveiled a device to rival the hugely popular Nintendo Switch.

Valve, which owns gaming platform Steam, announced Thursday that it will start shipping its Steam Deck console in December with prices starting at $399.

The company boasted that the console, marketed as a hand-held PC, will give users “the most gaming power you have ever held” while allowing them to do everything they might otherwise do on a computer.

With its large seven-inch touch screen and high-performing processor, the Steam Deck has drawn instant comparisons with the Nintendo Switch, which has sold more than 80 million units since 2017. 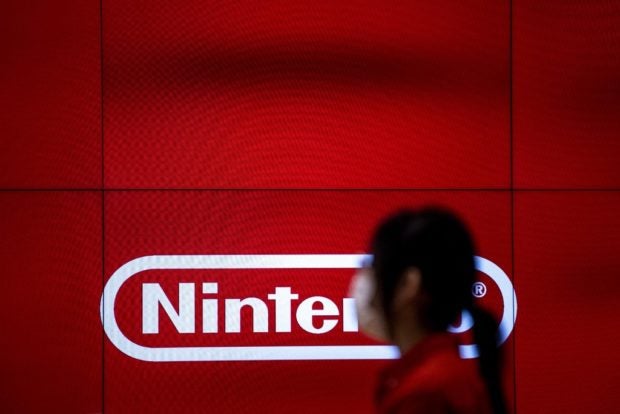 (FILES) In this file photo an employee walks past a logo of Japan’s Nintendo Co. at a Nintendo store in Tokyo on November 5, 2020. (Photo by Behrouz MEHRI / AFP)

Valve is the studio behind hit games including Half-Life, Counter-Strike and Dota 2.

It was also a pioneer in terms of offering a catalogue of titles online, with its Steam platform the dominant player in the PC games market.

The Steam Deck marks a fresh attempt by the company to enter the console market after the failure of its Steam Machine, released in 2015.

This time, in offering a device that can play all games designed for both Steam and Windows, Valve could present stiff competition to Sony’s PlayStation 5 and Microsoft’s Xbox Series X — at a lower price.

“One of the things we’re testing on this is that price performance can be one of the critical factors in the mobile space and so we’ve had to be very aggressive in terms of pricing on the deck,” Valve chief Gabe Newell told gaming news site IGN.

“Nintendo has its first direct competitor, with a phenomenal catalogue,” he told AFP.

But he noted that not all of the games available have been developed with a hand-held console in mind.

The Steam Deck will start shipping to the United States, Canada, the European Union, and the United Kingdom in December, with “more regions coming in 2022,” according to its website.