Moon ‘wobble,’ rising sea levels to cause surge in floods in 2030s—NASA 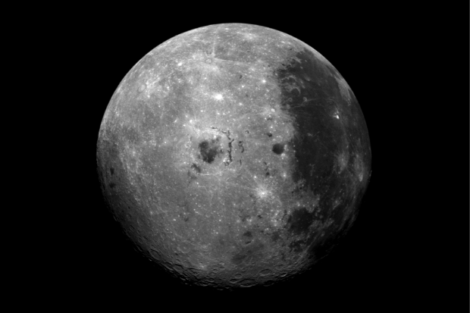 A natural lunar cycle paired with rising sea levels due to climate change will result in a surge in flooding in the mid-2030s, National Aeronautics and Space Administration (NASA) researchers said.

This high-tide flooding will be affecting coastlines all over the world, NASA pointed out in an article on the study on July 7. The study, published in Nature Climate Change, was conducted by the NASA Sea Level Change Science Team from the University of Hawaii.

The said floods are expected to exceed known flooding thresholds at least in the United States. These floods will also sometimes occur in clusters that can last for a month or even longer, which will depend on the positions of the Earth, Moon and Sun.

“Low-lying areas near sea level are increasingly at risk and suffering due to the increased flooding, and it will only get worse,” NASA Administrator Bill Nelson was quoted as saying.

“The combination of the Moon’s gravitational pull, rising sea levels, and climate change will continue to exacerbate coastal flooding on our coastlines and across the world. NASA’s Sea Level Change Team is providing crucial information so that we can plan, protect, and prevent damage to the environment and people’s livelihoods affected by flooding,” he added.

University of Hawaii assistant professor and the study’s lead author Phil Thompson, meanwhile, noted, “It’s the accumulated effect over time that will have an impact.”

Thompson said that these high-tide floods involve less water than those in storm surges, which may lead to the public seeing it as a less significant problem.

“But if it floods 10 or 15 times a month, a business can’t keep operating with its parking lot under water. People lose their jobs because they can’t get to work. Seeping cesspools become a public health issue,” he said.

The trigger for these floodings is from the so-called “wobble” in the Moon’s orbit, which takes 18.6 years to complete. NASA noted that this wobble is nothing new, however, as it was first reported in 1728.

What is unprecedented, however, is that this wobble’s effects on the Moon’s gravitational pull will be coinciding with the rising sea levels brought about by global warming.

“The researchers uncovered these tipping points in flood numbers by studying 89 tide gauge locations in every coastal U.S. state and territory but Alaska,” NASA explained.

“They created a new statistical framework that mapped NOAA’s widely used sea level rise scenarios and flooding thresholds, the number of times those thresholds have been exceeded annually, astronomical cycles, and statistical representations of other processes, such as El Niño events, that are known to affect tides. They projected results to 2080,” it added.

He pointed out that planners may not be preparing for these frequent and high-tide floods and that they may focus more on extreme events.

““From a planning perspective, it’s important to know when we’ll see an increase,” Hamlington said. “Understanding that all your events are clustered in a particular month, or you might have more severe flooding in the second half of a year than the first – that’s useful information,” Hamlington was quoted as saying. Ian Biong /ra