Apple AirTags - What We Know So Far | Inquirer Technology

Apple AirTag trackers – What we know so far

In April 2021, after years of anticipation and speculation, Apple finally released the AirTag. This small round tag is created to be affixed to wallets and keyrings to track down these items using Bluetooth signals and Apple devices in the Find My app.

In addition to Bluetooth, these airtags also feature ultra-wideband technology for more recent Apple devices like the iPhone 11 and iPhone 12, making it easy to track devices outside the Bluetooth range.

How much does the Apple Airtags cost? 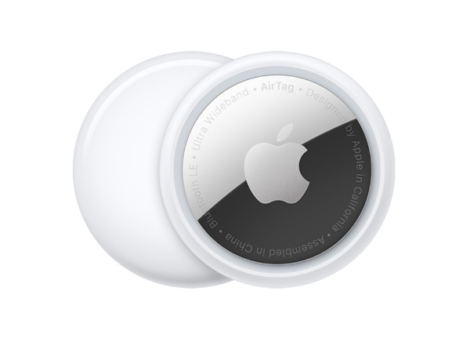 One AirTag goes for $29, while a pack of four AirTags is priced at $99. AirTags can be directly purchased from Apple, and the stated price point does not include the needed accessories for attaching an AirTag to your item. The AirTag accessories are sold separately (by Apple), and there are numerous third-party alternatives. Retailers like Best Buy and Amazon also have AirTags for sale. 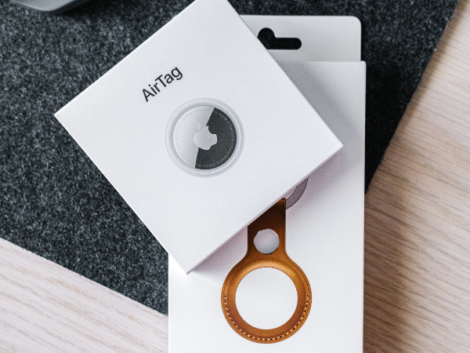 So far, the AirTags have received positive reviews. They have been lauded as “capable and smart” for Apple device users. The tracking efficiency of the AirTag has also been praised for its accuracy.

It typically takes 30 or more seconds to obtain the primary location of an AirTag from another room via Bluetooth, and the location can be inaccurate due to walls and other obstructions. Fortunately, the U1 Precision Tracking helps to fix that issue.

The Apple AirTag is a small tracking device shaped like a button. It has a glossy white front, which can be personalized with a silver backing and engraving. The AirTag is constructed around the CR2032 batteries and requires extra accessories to fasten them to an item. Regarding dimensions, a single AirTag is 11 grams (0.39 ounces) in weight, 8mm (0.31 inches) in height, and 1.26 inches in diameter. 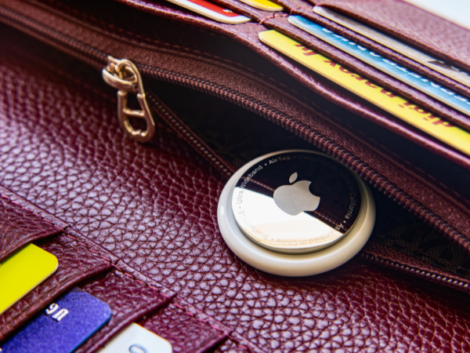 An AirTag can be inscribed with up to four emoji characters or letters, although there are limitations on multiple emoji because of size restrictions. Several emoji phrases and strings are also limited because of Apple’s content filtering. For instance, users cannot pair the horse face emoji with the poo emoji. Curse words are also not allowed.

AirTags are managed under the “items” tab in ‌Find My‌ app. Each AirTag is shown on a location map in the Find My app. Apple AirTags connect to your macOS and iOS devices via Bluetooth. Apple fixed in a U1 chip in each AirTag to allow users to see its exact location indoors or outside and close-by or it is last seen location if it is not.

The AirTag has in-built speakers that can produce a sound to help find it within the house. Users can also ask Siri to find an AirTag with a sound or play a sound through the Find My App.

The ‌Find My‌ Network utilizes hundreds of millions of iPhone, iPad, and Mac devices to help you find the location of an AirTag; the AirTag will show up on the map when another person’s device locates it. If the AirTag is stolen or misplaced, the Find My network can assist in finding it. In Lost Mode, the AirTag will send an automatic notification when discovered by someone within the Find My network, and you can add your contact details so whoever finds it can reach out to you.

iPhones such as the iPhone 11 and iPhone 12 models with a U1 chip can make the most out of Precision Finding. This feature allows you to access specific directives on recovering a lost AirTag using ultra-wideband technology. Precision Finding blends sound, AR, and haptic feedback to assist users. This feature makes it superior to regular Bluetooth trackers.

Pros of the Apple Airtag 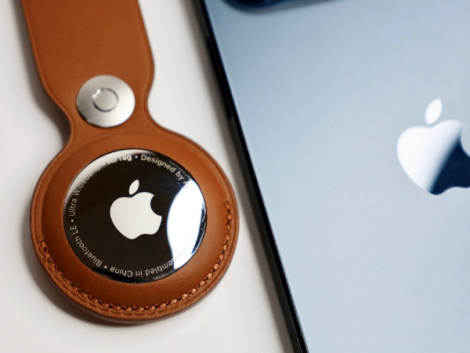 Cons of the Apple Airtag

How to Find a Lost Airtag

If you discover a missing AirTag or if someone finds your missing AirTag, it can be scanned using an NFC-equipped smartphone to pull up the owner’s contact details. This works on both iPhone and Android devices. If the AirTag is in Lost Mode and separated from its owner, it will also transmit its location back to its owner via the Find My network.

What is a Separation Alert? 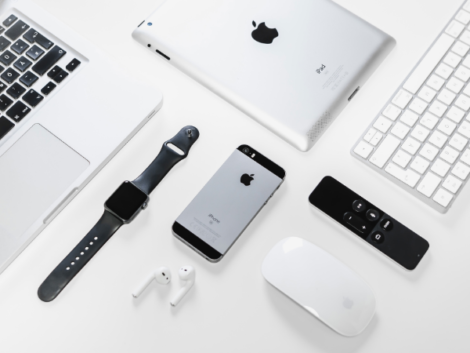 Apple AirTags uses a replaceable CR2032 battery that can last for up to a year before needing replacement. To change an AirTag battery, press and twist the device’s back panel to take it off. When the battery life is low, you will receive a ‘replacement needed’ notification.

What is the Range of the Airtag?

So far, the range of the AirTag has not been provided by Apple, but the known maximum range of Bluetooth is about 100 meters. This means an AirTag is potentially trackable to a minimum of that distance. To get a more accurate range measurement will require further analysis by Apple.

Each Apple ID can be linked to a maximum of 16 AirTags, which means users can keep track of 16 different items all at once.

Your AirTag is linked to your Apple ID, and it cannot be tracked by anyone else. Location history and data are not stored on the Apple AirTag, and devices that transmit a lost AirTag location remain anonymous. The location data is also encrypted at every point. You can see the location of your misplaced AirTag on the map when another person’s device detects it, but the finder’s identity stays concealed.

Also, due to the end-to-end encryption, Apple doesn’t see the location of the AirTags. Apple AirTags have distinctive Bluetooth identifiers that regularly rotate, which ensures you’re never tracked.

Apple built-in security restrictions into the AirTag to avoid any incidence of it being used for malicious and unsolicited tracking purposes. If an AirTag that belongs to someone else is on an item you own and has been moving with you for some time, you will receive a notification on your iPhone about an AirTag spotted near you.

This will prevent anyone from successfully using an AirTag to track you. You will also receive a notification about an AirTag with you back home or in a place, you regularly visit. 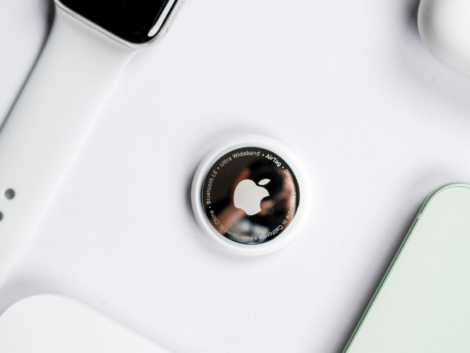 So far, other than temporary disabling of the alerts, no other features exist for AirTag sharing. You are the only person that can track any AirTag linked to your Apple ID via your Find My app. You cannot give tracking access to anyone else, so parents cannot track a child’s item, and spouses cannot track each other’s ‘airtagged’ item.

There are several restrictions to be aware of while traveling with an AirTag. For instance, Precision Finding does not work in countries such as Argentina, Indonesia, and Russia. The AirTags travel guide provides a list of more countries and other restrictions. 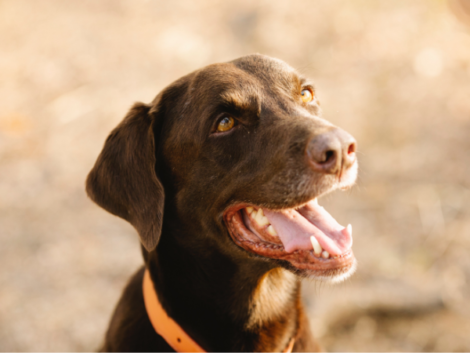 Apple-made AirTags track items, and the company does not recommend using the device to track kids or pets. For parents who want to keep tabs on their kids, they can use a Family-Setup-enabled Apple Watch.

The Apple AirTag has an in-built NFC chip that can be utilized by Apple Shortcuts to activate automation. Users can create an activation shortcut by tapping the top of an NFC-enabled ‌iPhone‌ on the AirTag’s white plastic part.

Users can purchase a keychain, holder, or any other AirTag accessory from Apple or third-party sellers.

How do I set up my Airtags?

Setting up your Apple AirTag is a simple one-tap process once it is out of the box. Users can personalize their AirTags with a name and item description.

How do I charge my Apple Airtags?

The AirTags cannot be charged because they were made with user-replaceable CR2032 batteries.

The Apple AirTag has IP67 water and dust resistance rating. This implies that it can tolerate being immersed into 3.3 feet (1 meter) of water for half an hour within laboratory settings. It also means the AirTag can withstand liquid exposure from accidental spills or rain.

How to Make Gifs With Sound

The Apple Airtag is great for ensuring users in the Apple ecosystem keep track of their smart, simple, easy, and efficient items. Since its official launch on April 30, the number of airtag holders continues to increase, as many people see it as the best way to track their lost item. And considering it can be found on Apple devices running on iOS 14.5 and earlier, it makes it easily acceptable.

Disclaimer: This article is not the official guide to the Apple Airtags but is based on the author’s research or personal opinion.