LOOK: Rare two-headed sea turtle found on beach in US 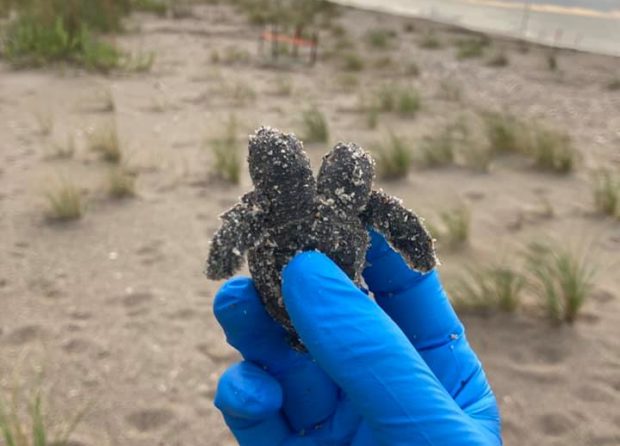 A baby sea turtle with two heads, believed to be a product of genetic mutation, was discovered in South Carolina, United States during an inventory of local nests.

Officials from South Carolina State Parks described the turtle as a “very rare find,” while showing a photo of its volunteers and the hatchling through its Facebook page on Saturday, July 24.

“Edisto Beach State Park sea turtle patrol had a very rare find during a routine nest inventory,” the state park announced as it narrated how the animal was found.

“While performing an inventory this past Wednesday, patrollers and volunteers found three alive loggerhead sea turtle hatchlings still in the chamber,” it stated. “But one hatchling, in particular, stood out because it had two heads.”

The park explained that volunteers dig up sea turtle nests three to five days after showing “signs of a major emergence.” This is to count hatched and unhatched eggs, as well as live baby turtles.

“This two-headed hatchling is the result of a genetic mutation,” South Carolina State Parks noted. While other two-headed turtles were discovered by volunteers in the past, this is the first one seen by the Edisto Beach patrol team.

After taking photos of the hatchlings, the state park assured that the animals were released by the volunteers into the ocean. JB