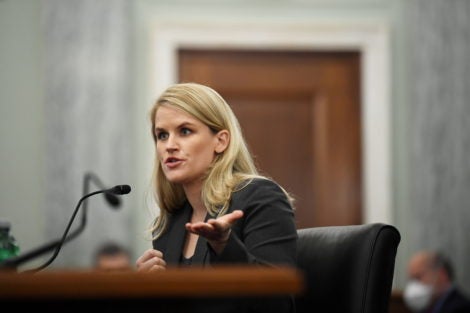 Facebook employees have warned for years that as the company raced to become a global service it was failing to police abusive content in countries where such speech was likely to cause the most harm, according to interviews with five former employees and internal company documents viewed by Reuters.

For over a decade, Facebook has pushed to become the world’s dominant online platform. It currently operates in more than 190 countries and boasts more than 2.8 billion monthly users who post content in more than 160 languages. But its efforts to prevent its products from becoming conduits for hate speech, inflammatory rhetoric, and misinformation – some of which have been blamed for inciting violence – have not kept pace with its global expansion.

Internal company documents viewed by Reuters show Facebook has known that it hasn’t hired enough workers who possess both the language skills and knowledge of local events needed to identify objectionable posts from users in a number of developing countries. The documents also showed that the artificial intelligence systems Facebook employs to root out such content frequently aren’t up to the task, either; and that the company hasn’t made it easy for its global users themselves to flag posts that violate the site’s rules.

Those shortcomings, employees warned in the documents, could limit the company’s ability to make good on its promise to block hate speech and other rule-breaking posts in places from Afghanistan to Yemen.

In a review posted to Facebook’s internal message board last year regarding ways the company identifies abuses on its site, one employee reported “significant gaps” in certain countries at risk of real-world violence, especially Myanmar and Ethiopia.

The documents are among a cache of disclosures made to the U.S. Securities and Exchange Commission and Congress by Facebook whistleblower Frances Haugen, a former Facebook product manager who left the company in May. Reuters was among a group of news organizations able to view the documents, which include presentations, reports and posts shared on the company’s internal message board. Their existence was first reported by The Wall Street Journal.

Facebook spokesperson Mavis Jones said in a statement that the company has native speakers worldwide reviewing content in more than 70 languages, as well as experts in humanitarian and human rights issues. She said these teams are working to stop abuse on Facebook’s platform in places where there is a heightened risk of conflict and violence.

“We know these challenges are real and we are proud of the work we’ve done to date,” Jones said.

Still, the cache of internal Facebook documents offers detailed snapshots of how employees in recent years have sounded alarms about problems with the company’s tools – both human and technological – aimed at rooting out or blocking speech that violated its own standards. The material expands upon Reuters’ previous reporting, where the world’s largest social network has failed repeatedly to protect users from problems on its own platform and has struggled to monitor content across languages.

Among the weaknesses cited were a lack of screening algorithms for languages used in some of the countries Facebook has deemed most “at-risk” for potential real-world harm and violence stemming from abuses on its site.

The company designates countries “at-risk” based on variables including unrest, ethnic violence, the number of users, and existing laws, two former staffers told Reuters. The system aims to steer resources to places where abuses on its site could have the most severe impact, the people said.

In 2018, United Nations experts investigating a brutal campaign of killings and expulsions against Myanmar’s Rohingya Muslim minority said Facebook was widely used to spread hate speech toward them. That prompted the company to increase its staffing in vulnerable countries, a former employee told Reuters. Facebook has said it should have done more to prevent the platform from being used to incite offline violence in the country.

Ashraf Zeitoon, Facebook’s former head of policy for the Middle East and North Africa, who left in 2017, said the company’s approach to global growth has been “colonial,” focused on monetization without safety measures.

More than 90% of Facebook’s monthly active users are outside the United States or Canada.

Facebook has long touted the importance of its artificial intelligence (AI) systems, in combination with human review, as a way of tackling objectionable and dangerous content on its platforms. Machine-learning systems can detect such content with varying levels of accuracy.

But languages spoken outside the United States, Canada, and Europe have been a stumbling block for Facebook’s automated content moderation, the documents provided to the government by Haugen show. The company lacks AI systems to detect abusive posts in a number of languages used on its platform. In 2020, for example, the company did not have screening algorithms known as “classifiers” to find misinformation in Burmese, the language of Myanmar, or hate speech in the Ethiopian languages of Oromo or Amharic, a document showed.

These gaps can allow abusive posts to proliferate in the countries where Facebook itself has determined the risk of real-world harm is high.

Reuters this month found posts in Amharic, one of Ethiopia’s most common languages, referring to different ethnic groups as the enemy and issuing them death threats. A nearly year-long conflict in the country between the Ethiopian government and rebel forces in the Tigray region has killed thousands of people and displaced more than 2 million.

Facebook spokesperson Jones said the company now has proactive detection technology to detect hate speech in Oromo and Amharic and has hired more people with “language, country and topic expertise,” including people who have worked in Myanmar and Ethiopia.

In an undated document, which a person familiar with the disclosures said was from 2021, Facebook employees also shared examples of “fear-mongering, anti-Muslim narratives” spread on the site in India, including calls to oust the large minority Muslim population there. “Our lack of Hindi and Bengali classifiers means much of this content is never flagged or actioned,” the document said. Internal posts and comments by employees this year also noted the lack of classifiers in the Urdu and Pashto languages to screen problematic content posted by users in Pakistan, Iran, and Afghanistan.

Facebook’s human review of posts, which is crucial for nuanced problems like hate speech, also has gaps across key languages, the documents show. An undated document laid out how its content moderation operation struggled with Arabic-language dialects of multiple “at-risk” countries, leaving it constantly “playing catch up.” The document acknowledged that, even within its Arabic-speaking reviewers, “Yemeni, Libyan, Saudi Arabian (really all Gulf nations) are either missing or have very low representation.”

Facebook’s Jones acknowledged that Arabic language content moderation “presents an enormous set of challenges.” She said Facebook has made investments in staff over the last two years but recognizes “we still have more work to do.”

Three former Facebook employees who worked for the company’s Asia Pacific and the Middle East and North Africa offices in the past five years told Reuters they believed content moderation in their regions had not been a priority for Facebook management. These people said leadership did not understand the issues and did not devote enough staff and resources.

Facebook’s Jones said the California company cracks down on abuse by users outside the United States with the same intensity applied domestically.

The company said it uses AI proactively to identify hate speech in more than 50 languages. Facebook said it bases its decisions on where to deploy AI on the size of the market and an assessment of the country’s risks. It declined to say in how many countries it did not have functioning hate speech classifiers.

Facebook also says it has 15,000 content moderators reviewing material from its global users. “Adding more language expertise has been a key focus for us,” Jones said.

In the past two years, it has hired people who can review content in Amharic, Oromo, Tigrinya, Somali, and Burmese, the company said, and this year added moderators in 12 new languages, including Haitian Creole.

Facebook declined to say whether it requires a minimum number of content moderators for any language offered on the platform.

Facebook’s users are a powerful resource to identify content that violates the company’s standards. The company has built a system for them to do so but has acknowledged that the process can be time-consuming and expensive for users in countries without reliable internet access. The reporting tool also has had bugs, design flaws, and accessibility issues for some languages, according to the documents and digital rights activists who spoke with Reuters.

Next Billion Network, a group of tech civic society groups working mostly across Asia, the Middle East, and Africa, said in recent years it had repeatedly flagged problems with the reporting system to Facebook management. Those included a technical defect that kept Facebook’s content review system from being able to see objectionable text accompanying videos and photos in some posts reported by users. That issue prevented serious violations, such as death threats in the text of these posts, from being properly assessed, the group and a former Facebook employee told Reuters. They said the issue was fixed in 2020.

Facebook said it continues to work to improve its reporting systems and takes feedback seriously.

Language coverage remains a problem. A Facebook presentation from January, included in the documents, concluded “there is a huge gap in the Hate Speech reporting process in local languages” for users in Afghanistan. The recent pullout of U.S. troops there after two decades has ignited an internal power struggle in the country. So-called “community standards” – the rules that govern what users can post – are also not available in Afghanistan’s main languages of Pashto and Dari, the author of the presentation said.

A Reuters review this month found that community standards weren’t available in about half the more than 110 languages that Facebook supports with features such as menus and prompts.