TikTok, YouTube and Snapchat defend impact on kids at US hearing 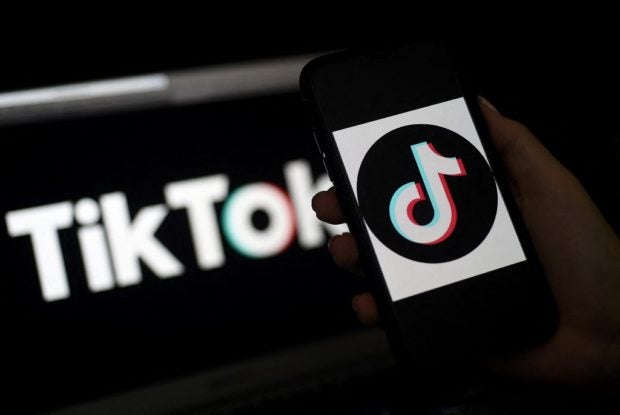 In this file photo illustration, the social media application logo, TikTok is displayed on the screen of an iPhone on April 13, 2020, in Arlington, Virginia. AFP

WASHINGTON — Three social media networks massively popular with the youngest users — TikTok, Snapchat and YouTube — tried to convince skeptical US lawmakers Tuesday they are safe as worry about Facebook’s potential harms spills over to other platforms.

Video-sharing app TikTok and photo network Snapchat, in their first testimony to US senators, argued they are built to protect against the mental health and safety risks present on social media.

“Your defense is, ‘We’re not Facebook,'” Senator Richard Blumenthal told the networks’ representatives. “Being different from Facebook is not a defense, that bar is in the gutter.”

“Everything you do is to add users, especially kids, and keep them on your apps,” he continued.

While a recent whistleblower-fueled controversy has focused on Facebook’s knowledge that its sites could cause harm, other social media giants also grapple with safety issues.

“Snapchat was built as an antidote to social media,” said Jennifer Stout, Snap VP of global public policy, noting images on the platform delete by default.

Under questioning later in the hearing, she said the company is making efforts to crack down on the drug dealing that has proliferated on the platform, with sometimes deadly consequences.

TikTok, which said in September that it has one billion active users, has fast become a phenomenon among youths and argued it is a different kind of platform.

“TikTok is not a social network based on followers…. You watch TikToks, you create on TikTok,” said Michael Beckerman, TikTok’s head of public policy in the Americas.

Yet the app has been attacked on charges its algorithm can serve content to kids, for example, that encourages dangerous weight loss or introduces them to viral challenges that promote the destruction of school property.

‘How long will this continue?’

The site also became a political battleground after then-president Donald Trump targeted the app in 2020 for a subsequently abandoned shutdown effort on the argument the platform represented a national security risk because of its links to China.

The ByteDance subsidiary, whose equivalent in China is called Douyin, nevertheless remains well behind YouTube, which claimed 2.3 billion monthly active users in 2020.

Though 13 is the official minimum age limit to join most social media platforms, both TikTok and YouTube have versions that are aimed at younger children.

She added that between April and June its moderators removed nearly 1.8 million videos that violated policy.

YouTube has battled with a surge in Covid-19 and vaccine misinformation as the pandemic drove people online looking for information.

Senator Marsha Blackburn, who was co-chairing the hearing, drew little difference among the platforms and their arguments for safety.

“For too long we have allowed platforms to promote and glorify dangerous content for its kid and teen users,” she said. “How long are we going to let this continue?”

Facebook, including CEO Mark Zuckerberg, has delivered testimony repeatedly before US lawmakers and is facing one of its worst crises ever with the leaking of thousands of internal studies to authorities and journalists.

However, the company has previously been hit by major scandals that did not translate into major new US legislation aimed at regulating social media.