It can be challenging to sift through the thousands of games on Steam to find the best steam games to play. That’s why we made this list of steam games you should start playing right now. 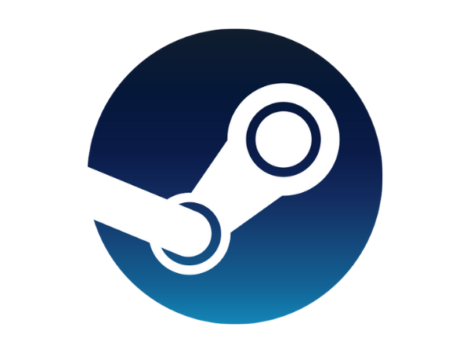 Steam is an online platform created and managed by game developer Valve. On steam, you can create, buy, play, and talk about PC games. This gaming platform is packed with multiple best-selling games and new releases from different creators. 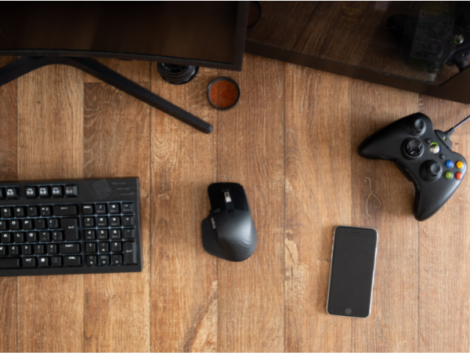 These are the best steam PC games you should try out right now:

Stardew Valley is a sim game developed by Eric “ConcernedApe” Barone. This game played a significant role in bringing back the farming sim trend. The game involves working on your farm, tending to your animals, and growing vegetables and fruits.

You also get to hear the villager’s stories and discover secrets hidden in the town’s old mine. All of these quests are often special enough that the game grows on you in no time.

Stardew Valley is extremely satisfying if you love sim games that allow you to create, build and watch your creations flourish. 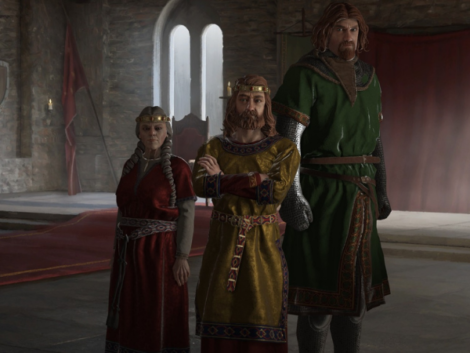 For most strategy games, conquering lands and ruling over the people are typical themes. However, Crusader Kings 3 offers an extra social layer to the plot and the overall character development. You will enjoy swapping stories with diplomats about how your family and empire grew in astonishing ways and amassed wealth.

Crusader Kings 3 is very similar to what medieval living must have been like – conspiracies, deceit, and war were all part of nobility’s everyday life. The game allows you to create your version of history and have the full immersive experience as you play.

If you want to start playing multiplayer online battle arena games, start with DOTA 2. It is one of the most popular games on Steam. You are part of a team of five working to eliminate another team, and you have to select the right equipment to defeat your opponent and build team strength.

As is common with multiplayer and MOBA games, the online community greatly influences the who, what, and how of gameplay, discussions, and trends. All of this inter-community discourse makes DOTA 2 even more intriguing. 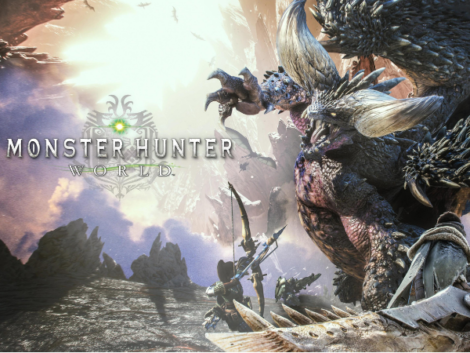 For most PC gamers, Monster Hunter: World was the game that got them hooked on the Monster Hunter franchise. The game drops you into a fascinating world to hunt giant monsters on your own or with friends. The process of finding monsters, capturing them, and buying new equipment is nearly addictive.

The thrill of discovering a monster, watching it in its natural habitat, and preparing for the main fight of taking it down is nothing short of awesome. The fighting is more than just basic slash and hack, and you have to learn how to handle each weapon properly and understand how your opponent moves before taking the monster on.

GTA 5 influenced PC gaming with its remarkable storytelling and open-world design. It combines gaming excitement with blockbuster movie entertainment. While the plot and storyline make the game worth it, the real treasures lie in the side quests.

GTA 5 delivers more than enough material to make it one of the best steam games available from the heists to the carjackings to the online multiplayer capability. Very few games can compare with the brilliantly designed open-world structure of this game.

GTA is a classic franchise, and GTA 5 shows you exactly why when you play it. 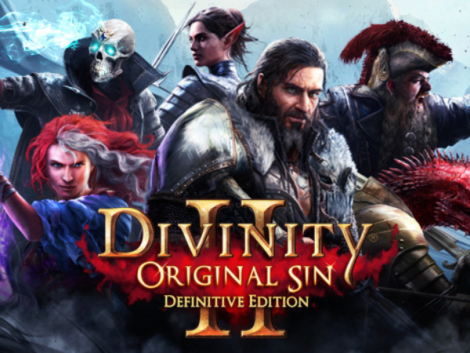 The computer roleplaying game or CRPG may now be a rather obsolete term, but it still has some substance. CRPG typically describes a particular isometric quest significantly inspired by popular RPG games like Dungeons and Dragons.

Divinity: Original Sin 2 is one of the best steam games in the CRPG category. In this game, you are free to make many gritty decisions regarding things like quest solving, communicating with party members, and generally advancing in the whole game.

The combat is also very flexible with lots of freedom, and you will run through hours of fun trying to figure out the game’s hidden secrets.

The smooth gameplay of Apex Legends gives it a solid, unshakeable spot on the list of the best steam games. The handy ping system that helps you easily find almost anything again to the shooting to the movement is all very smooth. The movement in Apex legend is truly one of the best things about this steam pc game because most battle royale games struggle with this aspect.

It has a hero system just like that of Overwatch. You receive rewards from dedicating time to your favorite character and going on a brand new challenge by just playing with a different character. The maps in Apex legend are very complex, but you need to understand them to figure out which spots you can resuscitate your allies and other important battle stuff. These maps are a crucial collaborative tool that highlights that you’re not just playing against others but also with them.

Return of the Obra Dinn 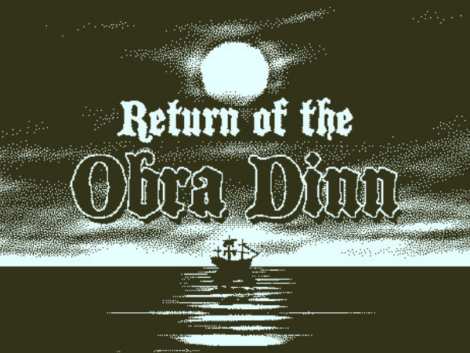 If you are a huge fan of detective games, then the Return of the Obra Dinn will be right up your alley. In this game, horrific murder(s) and other mysteries happened on a merchant ship, and now you have to find out why. You have to figure out the sequence of events that led to the crimes by assembling various clues and coming to logical conclusions.

The brilliance of the Return of the Obra Dinn lies in how hands-off it is. The game compels you to notice and observe the small details most detective games typically don’t have. To win at this game, you must have patience and an observing eye. Once you uncover the mystery, the satisfaction makes it all worth it.

Return of the Obra Dinn is one of the best steam games that offer an extra layer to detective mysteries beyond random puzzles and clues.

Red Dead Redemption 2 is the quintessential cowboy in the Wild West game. It has everything a Wild West fan would want, including mindless mass bloodbaths, wild nature ambiance, and the chance to laze around in a saloon. You also get to link up with die-hard travelers and down-on-their-luck residents of the West.

Red Dead Redemption 2 gives you the best kind of cowboy adventure. It easily moves from brutal to quiet to dramatic to emotional. Fulfill your Wild West dreams by playing one of the best pc games ever made. 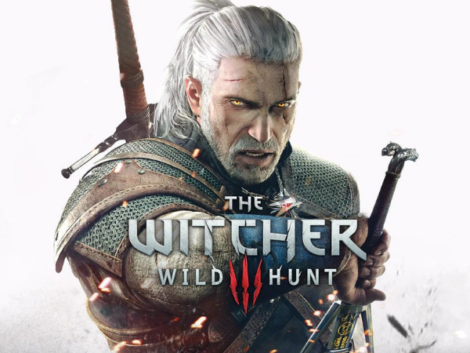 The Witcher 3 world is incredibly intriguing because it is huge, stunning, and filled with history. Even though it often gets compared to Skyrim, it is way less awkward to maneuver. It is one of the best high fantasy RPG games ever created for adults. Gruff Witcher Geralt will surely grow on you as you play while the story unfolds into an enthralling mystery.

The Witcher 3: Wild Hunt is one of the best franchises and our best steam games.

Top 10 Online Games To Get

Why Steam is the most popular PC gaming platform 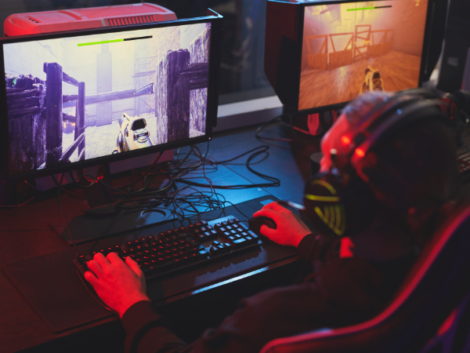 Steam has over 120 million monthly active users and more than 50 thousand games on its platform. Since its launch in 2013, it has continued growing in popularity, and this is due to several factors, including the following:

Steam is among the few gaming platforms that let gamers purchase game keys from 3rd party sellers.
Steam holds a lot of sales every year, which allows players to get great deals on games on their wishlist.

It lets your friends and family borrow games from your library through Family Library sharing. This makes it easy for them to play the game on their account without having to buy it.

The Steam online gaming platform is a great place to find loads of incredible PC games. Whether you want an RPG game, narrative game, or puzzle game, you’ll be sure to find it on this list. So pick one of the best steam games on our list and get to gaming; those victories won’t win themselves!