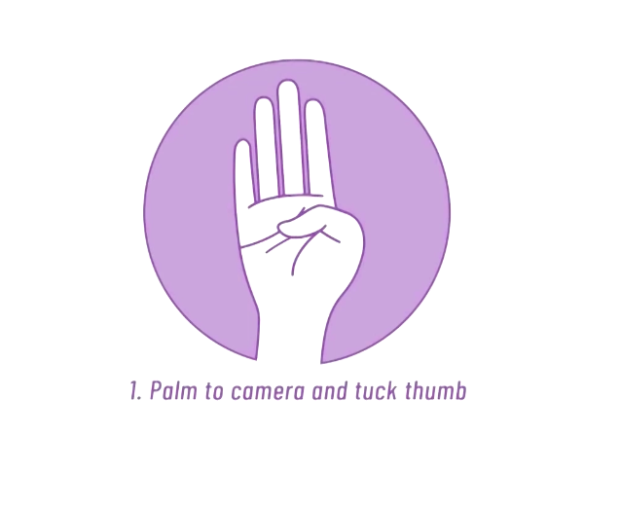 A 16-year-old girl was rescued in Kentucky after using a hand gesture she learned on social media app TikTok to signal to motorists that she was in trouble, the Laurel County Sheriff’s Office said on Monday.

The signal, facing the palm outwards and closing the fingers around the tucked thumb, has been demonstrated by users and non-profit organizations on TikTok as a way for a person being abused to tell someone they are in trouble without alerting the abuser.

On Thursday, the girl was in the front passenger seat and made the signals from inside the car, a spokesperson for the Laurel County Sheriff’s Office said. A driver recognized the sign and called 9-1-1, which dispatched law enforcement officers to intercept the vehicle.

“That hand gesture was everything. Had that not been…transmitted by the young lady, had there not been someone out there that knew how to interpret what she was doing, then who knows? We might not have had a good resolution on this,” Deputy Gilbert Acciardo said.

“We think that motorists and law enforcement agencies nationwide should be aware of this and know what the signal means, and I think it can be quite useful in the future,” he said.

James Herbert Brick, 61, was arrested and charged with unlawful imprisonment and possession of sexual material pertaining to a minor, Acciardo said. The FBI is involved and there may be additional charges, he added.

The girl was taken to a hospital and then reunited with her family who live in Asheville, North Carolina.