MANILA, Philippines — The Philippines continues to register improving internet speeds, posting an average download rate of 38.12 megabits per second (mbps) in October – which was higher than the recorded 35.03 mbps the previous month, according to a report of global internet speed monitor Ookla.

Based on the latest Ookla Speedtest Global Index, the October download speed signifies an 8.82-percent month-to-month improvement for mobile internet. This, the National Telecommunications Commission (NTC) noted, represents 412.37% improvement since the Duterte administration began in July 2016.

But Ookla also observed a slight decrease in fixed broadband speed last month – from 71.85 mbps in September to 71.08 mbps in October.

Nevertheless, the NTC said the logged fixed broadband speed represents an improvement of 798.61% since the Duterte administration started more than five years ago. 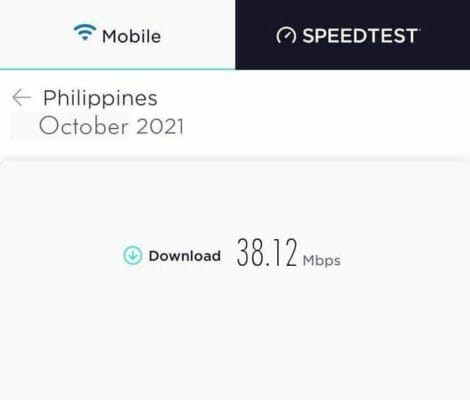 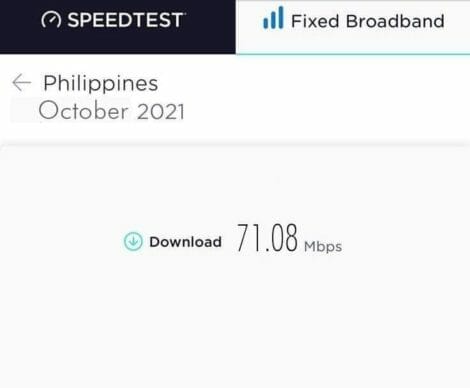 The NTC reiterated that Duterte’s pronouncement to streamline and expedite the issuance of local government unit permits in 2020 prompted a spike in permits granted to telecommunication companies from July to September last year compared to 2019 figures.

The NTC said Duterte’s directive has enabled telcos to fast-track building infrastructures like cellular towers and fiber optic networks across the country which helped boost services and connectivity.

PH internet speeds for mobile pick up, for broadband dip a bit in September – Ookla