TikTok, the leading destination for short-form mobile video, proved its growing influence on the music industry as it today released key insights and trends around K-pop on TikTok. Developed in collaboration with Kpop Radar, a K-Pop fandom data service operated by music start-up Space Oddity, the study outlined the platform’s long-lasting impact on the consumption of K-pop and fandom culture captured.

The study revealed an exponential growth in K-pop content on TikTok over the last three years, with the number of such videos tripling from 33.5 million in 2019 to over 97 million in September 2021. 92.8% of these videos were made outside Korea, with Indonesia emerging as the top creator (16.4%). This was closely followed by the Philippines (13.5%) and the United States (8.7%). 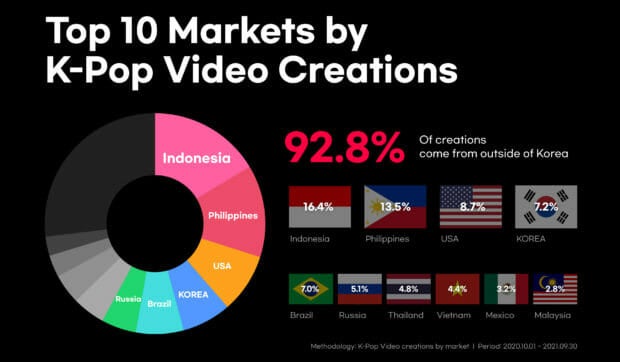 TikTok was also highlighted as a platform that not only re-connected fans with their all time favourite jams, but also introduced K-pop lovers to new tunes and emerging Korean artists. For instance, while old hits like TWICE’s ‘What is Love?’ and SS501’s ‘Making a Lover’ saw a resurgence on the app, songs like Mommy Son’s ‘F the World’ (feat. Wonstein) and Stella Jang’s ‘Colors’ went viral organically, helping these artists to further launch their careers. 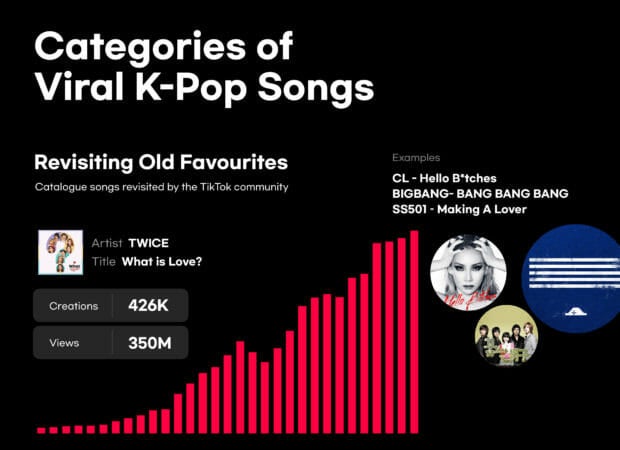 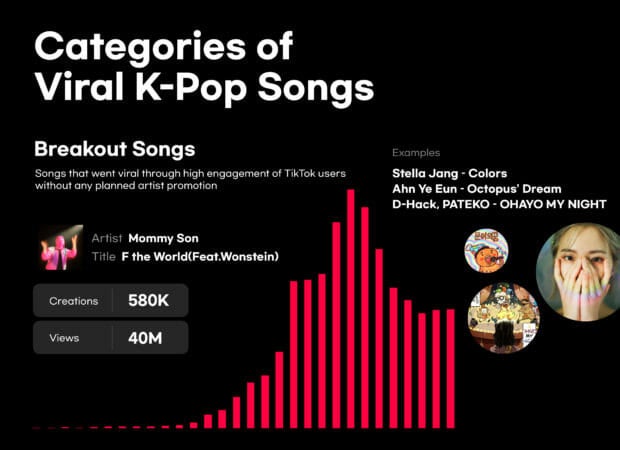 On top of its high engagement rates, enabling fans to re-imagine, create, and share well-known tracks and choreography has allowed TikTok to make waves amongst K-pop fans. BLACKPINK’S LISA’s hit ‘MONEY’ further surged in popularity when TikTok creators began pairing the song with re-enactments of iconic scenes from the Netflix series ‘Squid Game’. In fact, the platform has seen over 3.1 million videos taking inspiration from the latest K-pop music releases, accumulating an astounding 9.1 billion views. 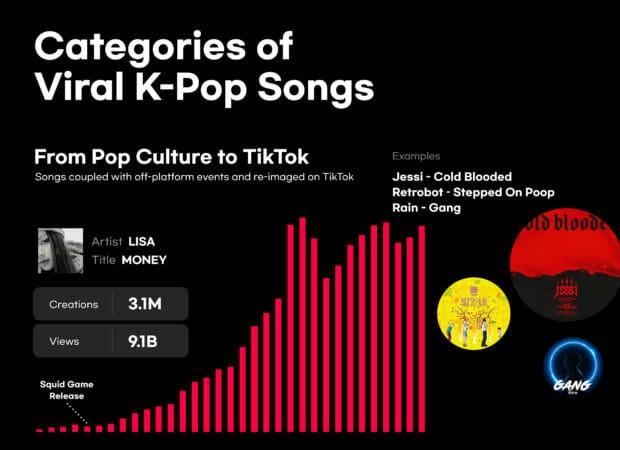 Aside from covers, TikTok has also re-defined how fans interact with their idols. 4th generation K-pop artists, such as BDC and Weekly, have accumulated massive followings on their TikTok by leveraging the platform’s creative challenges and features to connect with their respective communities. Similarly, STAYC’s TikTok followers soared nearly five times over the last six months. Their sustained popularity on TikTok has even prompted them to pre-release their new single ‘Stereotype’ on the app. 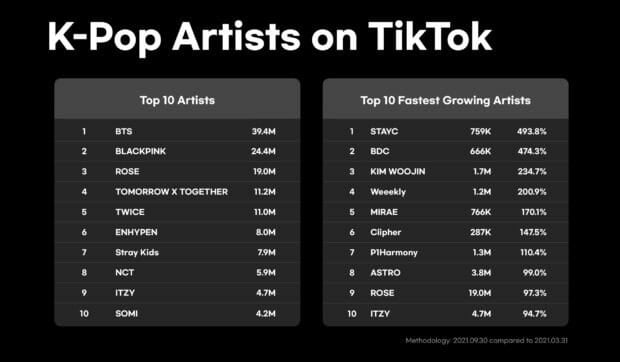 “TikTok has changed how people consume and experience K-pop, with fans, from Korea, Singapore and across the globe, now having the space and tools to re-create and re-imagine their favourite content,” said Jay Bae, Head of Global Business Development at TikTok Korea. “As K-pop is so well-loved by the global TikTok community, we will continue to drive initiatives to support both the artists and the fans.”

“TikTok has certainly made its mark in the music industry, joining the ranks of LPs, radios, and television. We are grateful to be a part of this ongoing movement to support the genre and its community,” Bae added.

More insights into TikTok and its continued impact on the K-pop industry can be found in the 2021 Kpop Radar TikTok’s official website: https://conference.kpop-radar.com/en/.