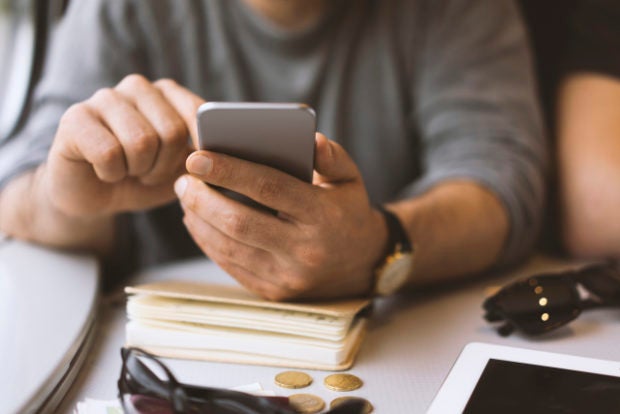 Smart said the suspicious text message will usually ask the subscriber to click a link that will be directed to a popular messaging application.

In the messaging app, the scammers will then ask for the subscriber’s name, address, phone number, and other details to check if they are “qualified.”

After the scammers receive the subscriber’s information, a new link will be sent, this time, one that leads to their own site or platform where the subscriber will then be asked to create an account.

“Upon creating your account, you will receive a small sign-up bonus. You will then be asked to remit varying amounts starting from as low as Php200 from which you will earn a corresponding ‘commission.’ The higher the amount you pay, the higher your commission will be,” said Smart.

“The amounts continue to increase until such time the scammer will no longer remit the commission,” the company added.

The National Privacy Commission earlier summoned the data privacy officers of telecommunication companies to a meeting to find ways to end the scam.

Meanwhile, Smart also reminded its subscribers to be vigilant of “SIM swapping,” another modus where cybercriminals try to transfer the mobile number of an existing SIM (subscriber identification module) to another SIM in their possession through social engineering techniques.

“We are issuing this advisory as a reminder to be vigilant, as always, from being a victim of SIM swapping, when cybercriminals try to transfer the mobile number of an existing SIM to another SIM in their possession,” Smart said in a separate advisory released on November 16.

“If successful, all text messages (SMS) and calls that are supposed to be received by the existing SIM will be routed to the new SIM card. The cybercriminals can then use the harvested data to hack banking, email, and other online accounts,” it added.

Smart said it is committed to ensuring that data from its customers are safe and that it has an existing process to validate the identity of customers coming to its stores.

“It takes two to keep everyone safe with their data: your vigilance, coupled with our fail-proof verification processes,” said Smart.

“SIM card swapping is a new modus being carried out by scammers. Be vigilant against tricks and persuasion tactics to swap your SIM card as part of a fake promo, and for sudden disconnection of your mobile number’s call, SMS, and data signals,” the bank’s management said.

“Security Bank will never ask for your OTP (One-Time Password), CVV, and PIN via call, text, or email. Customers who initiate the call to the Bank may be required to verify information, but not the other way around. Never click on suspicious links and always transact via official Security Bank channels,” the advisory read.