Join us and head along as we find out how both machines survived in our Xbox vs. PS5 show-off ring. The dust never settles when it comes to the battle between the PS5 and the Xbox X Series. With both systems being reviewed, we dare say they have their fair share of delight, providing us with high frame rates, swift SSDs, both consoles offering us up to 8k resolutions, and armed with powerful processors to get the job done ease our gaming experience.

But, between both high-end gaming devices from Sony and Microsoft, who takes the upper hand?

With both machines having utterly different game library interfaces, the PS5 is designed with a beautiful title collection released in line with its new console. Fair enough, most of these titles are very much operative in the PS4 games collection. The Xbox Series X advocates for optimal usage and opts for you to continue from the games in the Xbox One and Xbox 360.

Looking at game selection for Xbox vs. PS5, the latter boldly sits on top of the chain, a claim some might refute. With the launching of Astro’s Playroom, Sackboy: A Big Adventure and Spider-Man: Miles Morales, Horizon Forbidden West Demon’s Souls regarding first-party titles, it is more than a job well-done about the Xbox Series X that was rid of exclusive games titles at its launch.

Microsoft launched a list of 30 “optimized for Xbox Series X/S” titles, containing favorite games such as Forza Horizon 4. All games are present in the Xbox One, PC, or both. We also have to give honorable mention to the Xbox Series X optimizations. Equally, they’re quite top-notch.

We, however, see third-party gaming titles adequately supplied in both consoles; Fortnite, Assassin’s Creed Valhalla, Borderlands 3, Call of Duty: Black Ops Cold War, and so forth. We were not disappointed with the Backwards compatibility features of both devices as they also were decorated with Madden 21, Cyberpunk 2077, and Destiny 2 late last year. We also hope to see a third-party parity through this year and further.

After analyzing the current playable games and reviewable experience for the Xbox vs. PS5, the PS5 flexes the most muscle right now, but we have no doubt both devices will have jaw-dropping games lined up for us soon.

Space management is better with the Xbox Series X than with the PS5 but lacks a compelling design from our end. Horizontal and vertical settings are painstaking switchers, and it is hard to differentiate between the “disc eject” and “power” cursors. If you may delay your console purchase, please do so.

In the Xbox vs. PS5 design battle, the Xbox Series X is more viable than the PS5. The buttons are discernible, and wireless connections have a dedicated cursor, making it all-around impressive. The Xbox Series X, though relatively bulky, comes in a smooth box, black and vertically shaped.

Even though the front panel of the PS5 gets smudged easily, it carries a slight edge over the Xbox Series with the USB-C port feature. Recent accessories hit the market with USB-C adapters, so it is quite a yearning for gaming fans.

Notwithstanding, it always boils down to preference when talking about console design for Xbox vs PS5. 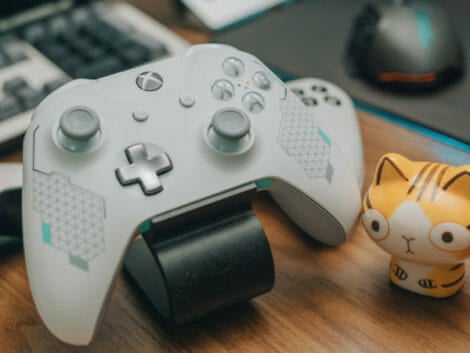 The Xbox Series S and Series X have dissimilar hardware in their make-up. To mention a few, the Series S has less RAM, a weak GPU, and a smaller SSD. The PS5 has a 4k Blu-ray physical disc drive, and the PS5 Digital Edition has no spitting resemblances.

With $500, you’re well on your way to getting either the PS5 or an Xbox Series X, as both machines cost the same. It is also noble to note that other variants such as the PS5 Digital Edition and the Xbox Series S are fetchable for $400 and $300. 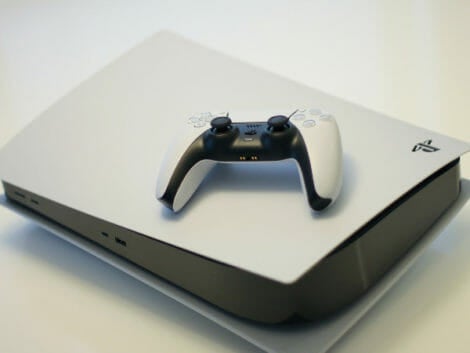 To test the performance capacity between Xbox vs. PS5, we played Devil May Cry 5: Special Edition on both devices. It is swift, action-packed and everything is easily identifiable. We can say the same for Assassin’s Creed Valhalla, which makes it easy to travel from points and measure load times.

Loading games in the Xbox Series X took a little time, unlike the Sony’s PS5 that took little or no time to boot in. Fast travel was also remarkably speedy, this we can say for both devices.

Both devices run at 4k at 60 frames per second, and there’s no grand difference between both in how fluid, animative they are. It would be difficult to tell the difference between the Xbox Series X or PS5 version of Assassin’s Creed Valhalla on a screen if a console was put in hand.

With better contrasts, shadow, and light, the Xbox Series X has a richer ray tracing than the PS5 and runs a bit smoother in the 120 fps performance model.

It’s a bit harder to compare games like Gears 5 and Spider-Man: Miles Morales for Xbox vs PS5 because they were very delightful to play, though an in-depth examination might tell a different tale.

Still, it was tricky to analyze the PS5 and Xbox Series X with games like the Assassin’s Creed Valhalla and Devil May Cry 5:Special Edition because they were built with the PS4 games controller and Xbox One in view.

The PS5 has ray tracing capability and a shorter load time than the Xbox Series X, highly commendable. Both games consoles have stellar experiences, and we’d need to wait a little more to record any other obvious dissimilarities in the Xbox vs PS5 performance rating.

The PS5 DualSense controller has remarkable haptic feedback though they can trigger you off the feels of the game as quickly as they douse you in it. Though very innovative, it is a big exit from the DualShock 4. It possesses a bigger grip and has new features such as a built-in mic and a very sensitive haptic. Still, it has an amount of unused space.

However, it still runs on AA batteries which makes sit feel a bit still mundane. It has yet to jump on the built-in rechargeable train, making the user spend a bit on battery purchases. Regardless, it is a huge leap and one of the best controllers out there.

With a wide space of wonder still left for both the Xbox Series X and the PS5, we can say that they are both stunning inventions in the gaming world.

We will tilt a bit to the Xbox Series X as a better choice. For now, seeing it is a forecast for better consoles shortly, with a more innovative design, strong hardware, astounding controller, and more enjoyable subscription service.

To wrap up the Xbox vs PS5 battle, we will give an honorable bow to the PS5 for a Swiffer SSD, creative controller, some recordable speculations that the Xbox Series X is barren of.