Video gaming consoles have changed drastically over the years since their invention. From the design to the features to the technology, you can barely recognize the ones you probably knew in the ‘90s to the current consoles sold in the market now. Current gaming consoles are sophisticated, sleek, and designed for smart usage. Most of them have wifi connection features and wireless setups to make it more convenient for users.

The market is now saturated with so many different brands of gaming consoles. From the most trusted brands like Sony and Nintendo to the more recent, lesser-known ones, you can find just about any size or design of gaming console that would suit you best.

It can seem intimidating at first, especially if it’s your first console setup. Doing your research and comparing prices and specs should be a good start. Read on below to know more about this year’s best gaming consoles. 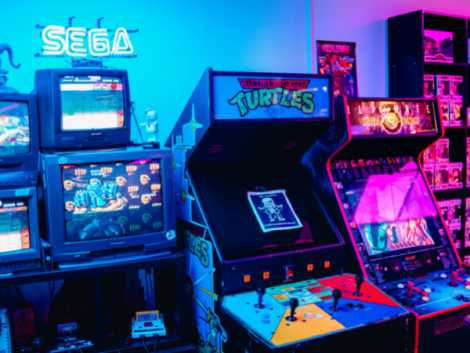 First and foremost, gaming consoles are described as specially designed systems for computer games. It allows for one or more players and has gone from being used with big, boxy televisions to handheld consoles to VR headsets. All of these types exist today, and you can take your pick from them. But in general, gaming consoles need to be used with a television or some monitor and speakers.

The external display units will be used for the audio and sound of the game you want to play on the gaming console. The features of a console include controllers like a joystick, wand, or something you can use to press physical or digital buttons to play. It also includes a power supply unit (PSU), a central processing unit (CPU), and a random access memory (RAM). All of which can be found in the main unit of your chosen gaming console.

7 best gaming consoles to play of the year 2021

Due to the insanely high demand on the market for the latest and the best gaming consoles, getting your hands on one can be difficult. Luckily, more than one brand sells these gaming systems, although Microsoft and Sony are still the most popular. Not to mention pricey — short of $500 per console unit for the price tag of the most high-end units.

It’s a good thing that they aren’t exclusively sold at physical stores anymore. With the rise of major online retailers like Amazon, BestBuy, Apple Store, and Walmart, you can now purchase some of the best gaming consoles of all time and have them delivered straight to your doorstep. Check out some of the models you should be looking out for this year. Not all of them are recently released, but they are still popular among gamers for a reason. 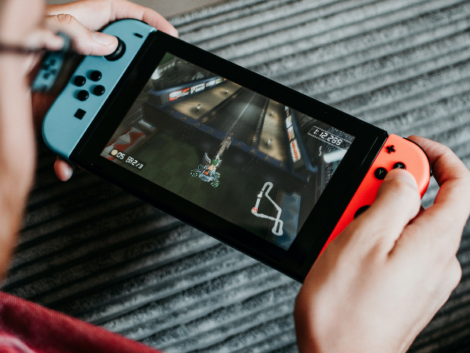 After some time, fans are finally getting their Nintendo upgrade. Popularly known as a handheld gaming console, Nintendo Switch Lite is a smaller, more compact version of the original Switch.

The new design is reminiscent of other handheld consoles like the PlayStation Portable (PSP) and can be carried everywhere. It also comes with a wide selection of games like Mario and the Legend of Zelda. Moreover, it comes with Nintendo-exclusive games like Animal Crossing. It is also decidedly cheaper compared to regular gaming console units. 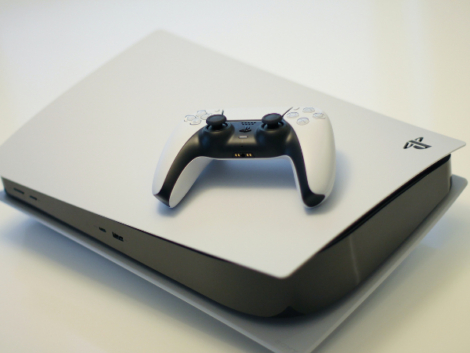 Sony’s PlayStation lineup has had decades of run and is still popular among gamers. Its latest model, the PlayStation 5, has 4K gameplay at up to 120 frames per second. It also has Sony’s fastest memory and storage to date.

Like the previous models, the PS5 is also capable of virtual reality (VR) gaming. Its DualSense gaming controller has haptic feedback, adaptive trigger buttons, and a built-in microphone. While the price range is not friendly, it guarantees the best gaming experience for users. 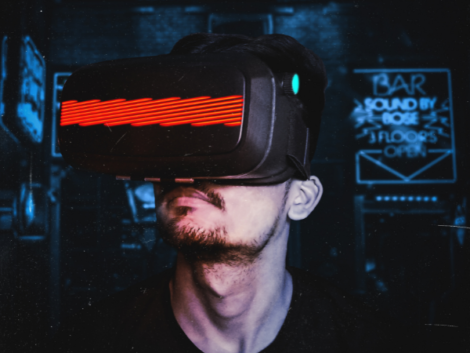 Feel the futuristic vibes when you strap on a virtual reality headset. Luckily, more than one brand sells these gaming systems, although Microsoft and Sony are still the most popular. While still not as popular as the PlayStation 5 and Xbox consoles, the Oculus VR gaming headset is slowly gaining popularity.

This gaming console transports you into 3D virtual worlds where the games you play feel and look immersive. Each unit comes with two Oculus Touch controllers for users to play with as they explore virtual reality in kingdoms, caves, underwater, and in whatever games they are immersed in. 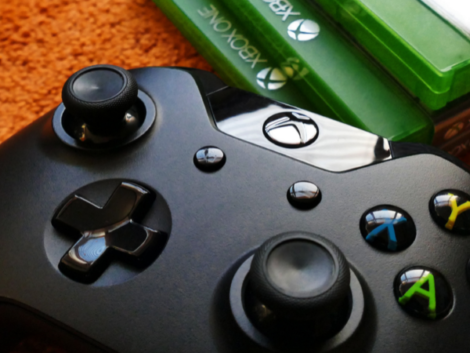 Launched alongside the famous Xbox Series X, the Series S is a redesigned gaming console version. Like its predecessor, the Series S is compatible with external units like TV monitors and keyboards.

While being cheaper, the unit can still stream 4K and HDR video content from streaming apps like Netflix and Youtube. It doesn’t have a disc drive, but it does carry 512GB of onboard memory.

More popularly known for their iPhones and iPadadsby, Apple has also come up with a setup that can be used as a gaming console. Not to be outdone by their competitors, the Apple TV 4K has its signature A10X Fusion chip that allows users to play on their television via their iPhone or iPad via screen mirroring.

It also supports games available in the Apple Store, so you’ll never run out of games to choose from. The Apple TV 4K is primarily a home entertainment system, but it can also be used as a gaming console for casual gamers.

A more compact replica of the iconic original, the Sega Genesis Mini gaming console is for the young at heart forever. It includes iconic games like Sonic the Hedgehog, Earthworm Jim, and Shinobi, to name a few.

This gaming console still has all the basic, durable hardware well-known and loved by this brand. Even its design is replicated from the original, with Sega’s three-button gaming controllers. It comes at a little below $100 on some retailers, so it’s perfect for splurging on a gaming console without breaking a bank. 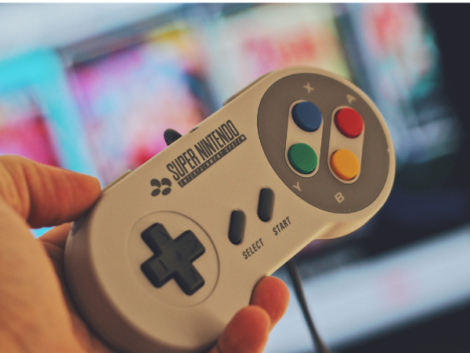 Nostalgic for the ‘90s games you played as a kid? Nintendo’s Super Entertainment System is the first and original real gaming console ever made. Plenty of millennials might remember having this as their first gaming console ever. Lucky for you, they haven’t been phased out yet.

This OG setup caters to retro games like Super Mario, Kirby, Pixels, and so many others. However, their specs haven’t been updated to the capabilities of more recent gaming consoles. The design hasn’t changed all that much, so it’s perfect for capturing your childhood memories.

What are the best gaming console brands? 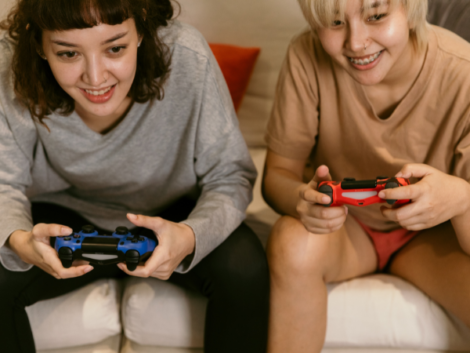 Are the most popular brands of gaming consoles always the best ones? According to seasoned gamers and tech reviewers, it would appear to be the case. Sony, Microsoft, and Nintendo are three of the most mainstream and widely available. While not all of their gaming consoles are affordable, they are still in high demand.

This may have something to do with the fact that these brands have raised generations of gamers. Some have grown up playing on their PlayStations and gameboys, so they know these brands can be trusted. Admittedly, they are from these manufacturers also offer the best specs in the industry. With HD audio, sounds, storage, and games available, some people don’t mind spending hundreds of dollars for a new setup.

How much do the best-quality gaming consoles cost?

Gaming consoles are considered computers, though they still need the assistance of external units to work. Therefore they have all of the complicated technology needed to build a computer. The better the technology used, the higher the price you will have to pay. That’s a basic rule with pretty much anything nowadays, including gaming consoles.

So how much does one cost? If you want the latest, most technologically advanced, and highly recommended unit, it can come at a whopping price of almost $500. It can certainly make a dent in your pocket if you’re not careful about overspending.

However, many gamers will agree that the price is more than worth it. But if you are starting (or starting again) to play, some consoles cost a hundred dollars downward or upward that are decent to spend hours on.

Gaming consoles are not a particularly cheap hobby. Manufacturers catch up with demand and their competitors and develop more and better specs, features, and technology advancements. Some of the best gaming consoles can last long years, so many would argue that it is a sound investment. If you see yourself playing your favorite games to destress or as a hobby a long way into the future, splurging on a high-quality gaming console may very well be worth it.