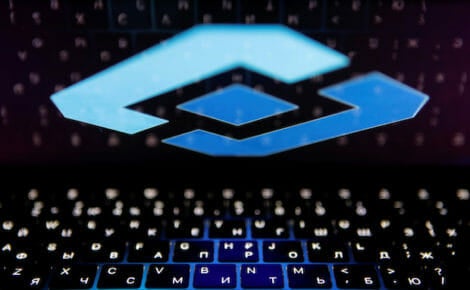 The logo of Russia’s state communications regulator, Roskomnadzor, is reflected in a laptop screen in this picture illustration taken Feb. 12, 2019. (REUTERS)

MOSCOW — Russia stepped up state oversight of internet activity on Wednesday by blocking the website of global privacy service Tor and part of its wider network, with the communications regulator accusing it of enabling access to illegal content.

Russia has exerted increasing pressure on foreign tech companies this year over content shared on their platforms and has also targeted virtual private networks (VPN) and other online tools in a campaign critics say stifles internet freedom.

The regulator, Roskomnadzor, said the website had been prohibited on the basis of a court decision.

“The grounds for this were the placement of information on this website that enable the operation of tools that provide access to unlawful content,” Roskomnadzor said in a statement.

Tor, which was founded by U.S. computer scientists, had no immediate comment.

Reuters verified that the Tor website was inaccessible. There was limited access to the Tor browser and other elements of the Tor infrastructure.

GlobalCheck, a group that monitors websites’ accessibility in Russia, confirmed that blocking had begun.

In a blog post published on Tuesday, Tor said some internet providers had started blocking access since Dec. 1 and urged its users to circumvent the block by visiting its mirror site, which was still working.

“Blocking Tor would be practically impossible – it is a large community which will find the means to finance the organization of getting around blocking in Russia,” said Mikhail Klimarev, head of the Internet Defence Society, a non-profit group seeking to fight online censorship in Russia.

The Tor anonymity network is used to hide computer IP addresses in order to conceal the identity of an internet user. Tor says it has more than 300,000 users in Russia, or 14% of all daily users, second only to the United States.

Anton Gorelkin, a member of Russia’s State Duma committee on information and communications, this week described Tor as a cover for illegal activity and an “absolute evil”.

Tor says its mission is to advance human rights and freedoms by creating and deploying free and open-source anonymity and privacy technologies.