Looking to join the metaverse hype? Here’s a once in a lifetime opportunity you don’t want to miss! | Inquirer Technology
Close
menu
search

Looking to join the metaverse hype? Here’s a once in a lifetime opportunity you don’t want to miss! 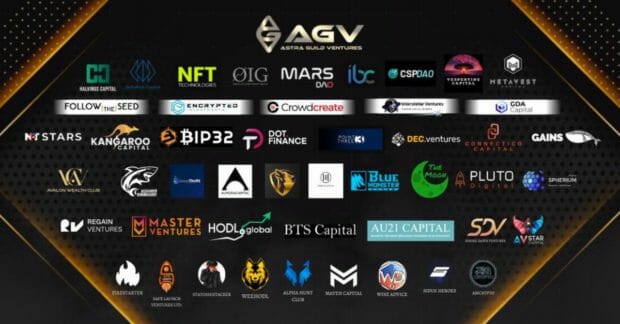 If you’ve been contemplating when you should start investing in crypto or are simply an avid crypto investor who wants to do away with the hassle of having to research projects, manage NFT assets, and learn how to play P2E games, –MARK YOUR CALENDARS.

Astra Guild Ventures or AGV, one of the largest play-to-earn gaming guilds in the world, will be holding its public sale from December 10th to 16, 2021 on their website at astraguild.io.

WHY INVEST IN AGV

AGV has become one of the fastest-growing gaming guilds to date with a publicly accessible earnings dashboard where AGV investors, players, and members can view the company’s earnings in real-time. They also have a fully functioning assets list where the public can verify all NFT (non-fungible token) assets of AGV in the blockchain. The company is the first gaming guild to fully disclose such information, meaning guild members get a front and center view of the DAO’s activity, making it easier for them to decide their next move.

Since AGV started in July 2021, they’ve been earning an average monthly revenue of $700,000 with 190,000 daily SLP earnings (SLP is an in-game currency which users can exchange for cash; *figures as of OCT 2021)–a testament to AGV’s unstoppable growth and development in less than a year. In fact, while other gaming guilds are delayed or just on time with their growth timelines, AGV has taken it to another level by being ahead of its roadmap.

AGV has an upcoming Launchpad which will be an accessible platform for new NFT games and other projects to launch their respective tokens. The Launchpad was initially not included in AGV’s roadmap but the team wanted to over-deliver and get ahead in the game.

In addition, AGV acquired equity in Blue Monster Games Inc, a leading NFT gaming studio in Florida known for making the NFT games Kart Racing League and Realms of Ethernity. AGV was initially planning to have their own gaming studio by the end of 2022 but given their fast growth, they were able to have enough funds from revenue to have a stake at Blue Monster Games Inc.

AGV’s business model stemmed from the company’s mission to build a global community of investors, tech leaders, and play-to-earn players. The DAO procures NFT assets and lends them out to recruited players for a portion of their earnings. The earnings from the players will go back to AGV and it will be redistributed to the DAO, Community Managers, and Players. Currently, the DAO owns as much as $2.5 Million of NFT

gaming assets. This cycle helps maximize the earning potential for the investors, players, and AGV.

In less than a year, AGV boasts of more than 2,000 Axie scholars, around 50,000 active Discord community members, more than 78k followers on Facebook, around 55k followers on Twitter, and around 18k subscribers on Telegram. The community keeps growing as they continue to recruit, train, and guide guild members.

While the majority of AGV’s guild members are from the Philippines, it has seen tremendous growth in its community in India, China, and other parts of the world.

They were also able to onboard several crypto influencers and KOLs such as Statoshistacker, AMCrypto, Wise Advice, Wolf of Markets, Alexander Kondrashov, Moon Carl, Crypto Zombies, and Ronny Roehrig.

AGV’s growth and success are not expected to slow down anytime soon. As mentioned, in less than a year, they were able to accomplish tremendous achievements such as raising funds, growing their community, launching a platform, and of course, generating revenue. And since there’s no stopping AGV, they will be holding a public sale from December 10th to 16th to help millions of people enter into the metaverse and earn additional income.

. With 2,035 Axie scholars and a fast-growing community, AGV presents a very large upside for investors who would back the project at a very early stage at $0.2 during its public sale.