Ultimate NBA 2K22 Review – Everything You Need to Know

NBA 2K22 is the latest version of the NBA 2K series. With new City modes and improvements to MyTeam, it’s making waves in the basketball universe. Keep reading to find all the new features, how to play, and how much NBA 2K22 costs. 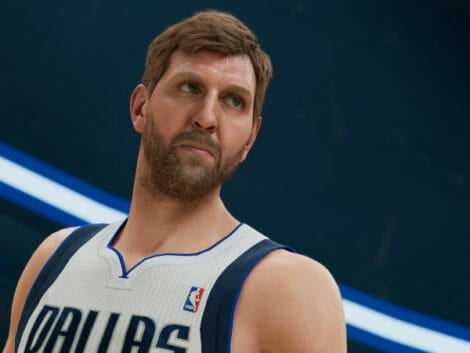 The NBA 2K22 comes with some new and exciting features that are not available on the previous versions; here are some of those new features that add extra spice to this video game.

The long-awaited return of the MyTeam: Draft function is finally here with NBA 2K22, and it’s available on all platforms. Players can cherry-pick top-rated National basketball players, thus building their dream team. And what’s more is that competing with the team created with the MyTeam function earns additional rewards for the team to boot.

The City is the open-world online hub for NBA 2K, and it has been greatly improved for NBA 2K22. It is an online hub that allows the NBA 2K22 online community to interact. Using a PS5 or Xbox Series X/S, MyPlayer characters will be able to walk around a fairly large world, interact with NPCs and take on quests kind of like a traditional RPG.

The new City feature also has many match types and different modes that enable players to start and complete the matchmaking process much quicker.

This online hub is available to players using the PS4, Xbox One, Nintendo Switch, and PC versions of NBA 2K22. This is also an online hub, but it is available on consoles other than the PS5 and Xbox Series X/S. The 2K Cruise enables players to take part in shoreside events with limited availability and a variety of special events.

Despite the fact that the online hubs and visuals differ between the current-gen and last-gen versions of the NBA 2K22, you will be able to transfer your progress between them effortlessly.

This means that all the hours you’ve put into NBA 2K22 won’t be wasted as all your MyTeam progress (VC wallet balances, MyTeam Points and Tokens) can be transferred from Xbox One to the Xbox Series X and S and from PS4 to PS5 consoles respectively.

The defensive gameplay experience has seen significant improvements, mostly focused on touching up the shot and blocking system with more precise and accurate controller input that makes the players feel much more in control. This way, NBA 2K22 makes making and blocking shots feel like a much more skill-based process.

A lot of effort has been put into changing up the offensive gameplay on the court, and this is arguably one of the best new features of NBA 2K22. There is now a lot more precision when dunking in traffic, combos, signature moves, and so much more.

This means that pushing the opposition will feel much more rewarding and skill-based with more control, making this version of the game feel fresh and new.

Na… This move is TOO clean #NBA2K22 pic.twitter.com/3QuFi3abn0

NBA 2K22 is available for PS5, PS4, PS4 Pro, Xbox One, Xbox One X, Nintendo Switch, and Steam for PC. While the gameplay may vary on these consoles, it remains essentially the same game. If you have a great internet connection, you can hoop. Keep reading for tips and tricks for how to get the most out of NBA 2K22.

With NBA 2K22, you can create your own MyPlayer and, through them, experience life as a professional basketball player. As you progress with your MyPlayer, you will be able to compete against strangers and friends online in the Neighbourhood or the City.

With NBA 2K22’s MyTeam, you can build your ultimate squad from a selection of past and present players. You can build your dream team in Myteam and then use them to play whether you’re online or offline.

Tips and Tricks for Beginners

If you’re new to the NBA 2K series, then we have just what you need. Below are some tips and tricks to help you master the court in no time.

Use the Right Stick for Defense

Have you noticed that it is difficult for you to blow past opponents on offense, but when the reverse is the case, they blow past you easily?

A simple trick to help with that is maintaining a low stance with the L2 trigger and holding the right stick directly up. This will ensure that your body is positioned closely against theirs and that your defense is aggressive, reducing the likelihood of them blowing past you so easily. Holding the right stick up is a small adjustment that will improve your offense and defense.

The Shot Meter color of NBA 2K22 is more readable than the previous NBA 2K versions. Even so, it may still be difficult to time your shots correctly, especially if your screen is farther away from you.

A simple solution to this is to change the color of your Shot Meter either to Blue or Red. This will allow you to get the timing better because the colors clash with the default settings. You can change the Shot Meter Color in settings and experiment until you find what’s best for you.

For Nintendo Switch, PS4, PC, and Xbox One, the standard version of NBA 2K22 costs $60. For PS5 and Xbox Series X/S, it costs $70. To take advantage of the cross-gen progress transfer, you will have to pay $80 for the cross-gen bundle.

The NBA 2K series has been a source of entertainment and relaxation to its fans for about 22 years, and NBA 2K22 is a much-welcomed addition to the family.

With all-new features and improved gameplay, it is sure to be a favorite amongst veterans and newbies alike.

The NBA2K22 is a great improvement from the previous versions we’ve seen, and with the latest additions, you’re sure to have a better gaming experience.