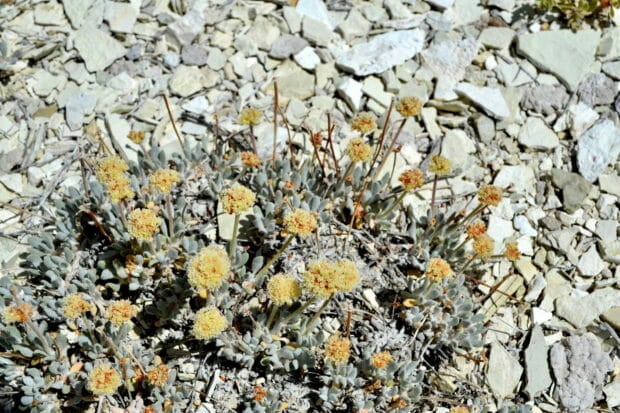 FILE PHOTO: Tiehm’s buckwheat plant is seen in this undated photo provided by the U.S. Fish and Wildlife Service. Courtesy of USFWS/Sarah Kulpa/Handout via REUTERS

The U.S. Fish and Wildlife Service will permanently zone off 910 acres (368 hectares) near ioneer Ltd’s proposed lithium mine in Nevada to preserve a rare flower, a major step forward in the project’s bid to proceed.

Ioneer aims to build one of the largest U.S. lithium mines and produce the electric vehicle battery metal. The protection plan is set to be filed in the Federal Register on Thursday and will then be open for 60 days of public comment.

The mysterious death of more than 17,000 Tiehm’s buckwheat flowers near the mine site in 2020 sparked allegations from conservationists of a “premeditated” attack in which the plants – found nowhere else on earth – were “dug up and destroyed.”

Nevertheless, conservationists pushed for the flower to be declared endangered. Regulators agreed last fall, dealing a blow to the project, which sits on federal land roughly 225 miles (362 km) north of Las Vegas.

The Fish and Wildlife Service said in the filing that the 910 acre (368 hectares) zone is necessary to ensure the plants can survive. But, in a boost for ioneer, they added that the zone should “not have a significant economic impact” on nearby business activity.

The company still needs to obtain permitting, though that has not stopped financing efforts or scared off customers.

Ioneer has long said it believes it can protect the flower, even if it needs to tweak its mine plans.

The Center for Biological Diversity (CBD), an environmental group that has opposed the project, said it did not believe the mine will be approved as currently proposed, but acknowledged the acreage designation likely will not stop ioneer.

“There’s a decent possibility there will one day be a lithium mine in this area,” said the CBD’s Patrick Donnelly.