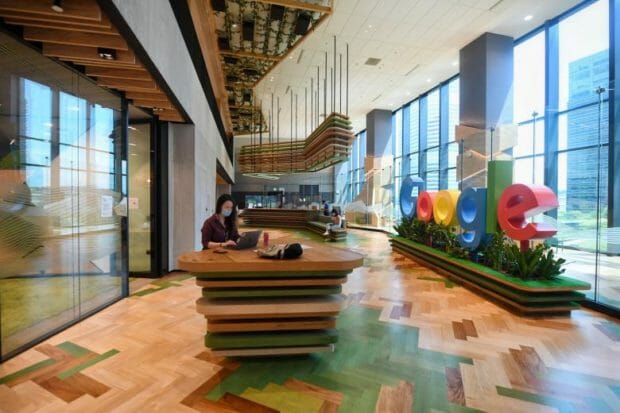 American tech giants such as Google are dangling some of the highest salaries for tech talent. FILE PHOTO: The Straits Times/Asia News Network

SINGAPORE – Competition for tech talent in Singapore will continue to heat up this year, with firms raising salary offers as a bargaining chip.

The report analyzed more than 30,000 data points from NodeFlair’s database, including user-submitted salaries backed by documents such as pay slips and offer letters, as well as advertised salaries on job portals.

Salaries can vary widely even at the same level of seniority.

The report said the median monthly income of junior software engineers is about $4,750, while those at the 90th percentile can make about $7,500 a month.

Mr Daljit Sall, senior director of technologies at recruitment firm Randstad Singapore, said the recent increase in salaries is among the highest tech professionals have ever seen.

Workers in the sector are also being offered attractive increments and sign-on bonuses to switch jobs.

Local tech talent in Singapore may be offered increments of around 20 percent when changing employers, and those with specialized skills in high-growth sectors, including e-commerce and financial technology, can expect increments of up to 30 percent, Mr Sall said.

“The kinds of offers tech talent are seeing now are definitely at an all-time high due to the global talent shortage across sectors such as technology, manufacturing and logistics,” he added.

“It is likely that salaries will continue to increase over the next few years as companies compete against each other for tech talent with niche and specialized skills in emerging technologies.”

Ms Jolin Nguyen, managing director at HR consultancy AYP Group, agreed that tech salaries are at an all-time high in Singapore and its neighbouring countries.

“With the venture capital funding boom, there are many global tech companies in Singapore but still a limited talent pool in the tech sector,” she said.

Foreign tech companies with deep pockets and ambitious plans for expansion in Singapore and the region are a major reason for the intense talent hunt here. 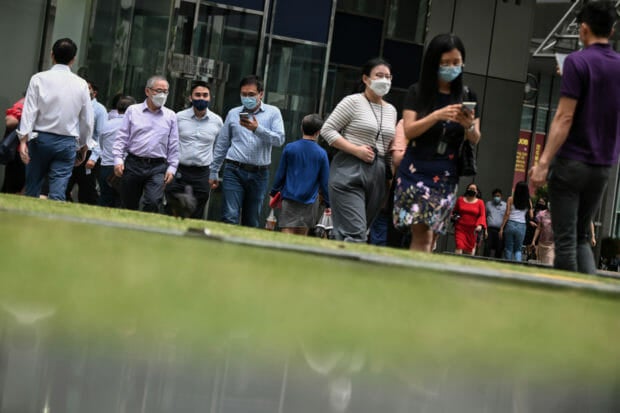 Local tech talent in Singapore may be offered increments of around 20 per cent when changing employers. The Straits Times/Asia News Network

Many of the top hirers are offering pay packages well above the industry average, according to NodeFlair.

American tech giants such as Amazon Web Services, Facebook owner Meta Platforms, Apple and Google are dangling some of the highest salaries – 39 percent to 56.5 percent more than the market median.

Both Chinese and American heavy-hitters are also actively looking to fill hundreds of jobs in Singapore, according to listings on their career pages and local recruitment portals.

Checks by The Straits Times found that the roles span not only those requiring deep tech skills such as software engineers, developers and cyber-security specialists but also content marketers, policy managers and legal counsel.

Chinese firm ByteDance has almost 800 open positions based in Singapore for TikTok alone, as at last week. 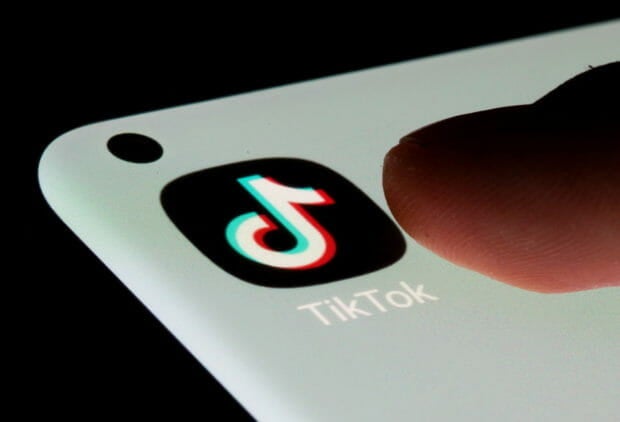 Open positions in Singapore for TikTok alone number almost 800, with more than 350 other available roles at parent company ByteDance and other subsidiaries. PHOTO: REUTERS

There are almost 350 other available roles at ByteDance itself and its subsidiaries such as BytePlus, which sells its AI artificial intelligence technologies to other businesses, and ByteHouse, which offers cloud services.

Alibaba and its subsidiary Lazada are looking to fill over 300 jobs, according to listings on their websites and LinkedIn.

Tencent Holdings, an entertainment titan and the world’s largest gaming publisher, has more than a hundred job listings.

Amazon has more than 500 Singapore-based full-time positions listed on its job portal while Google has more than 200. Meta Platforms has over 200 openings, while Microsoft and Apple have more than 100 openings each.

She estimated that the number of job openings in tech firms here has increased by 10 per cent to 15 percent over the last two years, especially for technology and customer-related roles.

“Singapore’s workforce can fill some of these roles, but the demand is growing faster than the rate at which workers can be trained; thus it is very hard to fill all the roles,” she said.

“To address the talent shortage, besides accelerating the rate of training, companies need to get subject matter experts from overseas to come in and do the work while imparting their knowledge concurrently to the local workers to build up their expertise.”

Ms Patricia Teo, executive director of technology practice at Kerry Consulting, said offerings from Chinese tech firms are competitive, and they have also been looking to improve other pull factors recently.

For instance, many try to tackle the perception of “996” work culture, which refers to the trend of employees working from 9am to 9pm, six days a week.

Added Ms Teo: “The perks are not usually as strong as their American counterparts, though the Chinese tech firms are quick to benchmark and make adjustments to their overall packages to not lose out on candidates in a very tight market.”

Local firms looking for tech talent, including the public sector and small and medium-sized enterprises, are not shying away from the competition either.

It offers pay packages that are 12.3 percent higher than the market median.

The best engineers can outperform their peers significantly, so firms can actually save money by shelling out to attract and retain them, he said.

Are you addicted to your monthly salary?