What is the Rumble App and How Does It Work? | Inquirer Technology
Close
menu
search

What is the Rumble App and How Does It Work?

Many people are unaware of an alternative to YouTube to upload videos, garner followers, and make cool sums of cash.
In this article, we will be talking about everything Rumble app for your consumption. 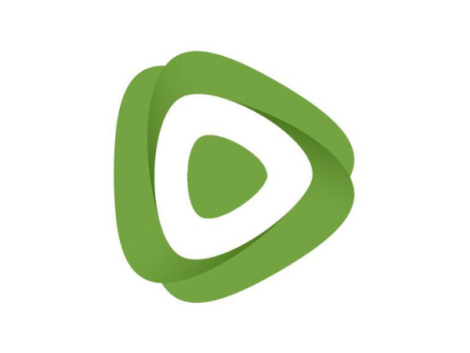 Rumble is a video program launched in 2013 by a Canadian IT entrepreneur, Chris Pavlovski. Chris Pavlovski agreed to go public at an assumed $2.1 billion valuation. Chris Pavlovski worked for Microsoft Corporation before launching Rumble. He is now the Acting Chief Executive Officer of Rumble.

This video platform has gained popularity because it is much easier to earn on Rumble.

Rumble’s partners include MTV, Yahoo, MSN, Xbox, and many others. These partners make it easier to warn from uploaded video content. If a video gets accepted, you get about 50 Dollars. If the video breaks to the first page, you get two times.

Rumble parades itself as a platform where users upload and grow very fast. In addition, it has claimed that it does not sensor nor agree to political information on the site. This has made Rumble popular among many Republicans, right-wing extremists in the United States, and users migrating from urging their followers to leave platforms like Facebook and Twitter that constantly sensor political information and join Rumble.

It is very difficult for users to find videos searched for YouTube using search functions. However, Rumble is a platform that enables user-generated viral videos to rank high in its search results. Users can subscribe to their favorite channels, watch videos available on other channels, create new videos, and allow video content creators to earn money by monetizing their content. 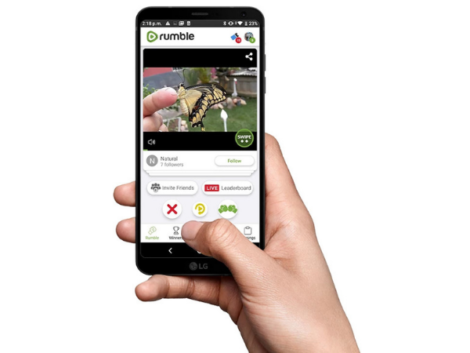 In the first seven years, Rumble was launched. The materials consist mainly of viral videos and news extracted from major mainstream media sources, children’s videos, and animated characters. Rumble filed a case against Google for using its privilege to divert traffic to its rival, YouTube, in the Google search engine.

However, things changed when Representative Devin Nunes accused YouTube of being overly judgmental of his channel in August 2020, and he began creating and uploading content on the app.

Other famous conservatives against censorship quickly followed suit, thereby increasing traffic and subscribers for Rumble. Former US President Trump joined Rumble on the 26th of June 2021, officially preparing for his campaign event for Ohio. Rumble also ventured into technology and a cloud services agreement with Former US President Trump. Under a part of the agreement, Rumble will provide video and streaming for Trump’s future social media app, TRUTH Social.

How To Monetize Videos on Rumble

While YouTube has strict policies, Rumble, on the other hand, keeps things simple. The following remarks are what works on Rumble, and the better these specific conditions are, the better the odds of monetizing users’ videos are.
Make a research on what better niches and observe similar content creators.

Make videos with eye-catching and clickable titles and include about 100 words long descriptions with keywords inserted. 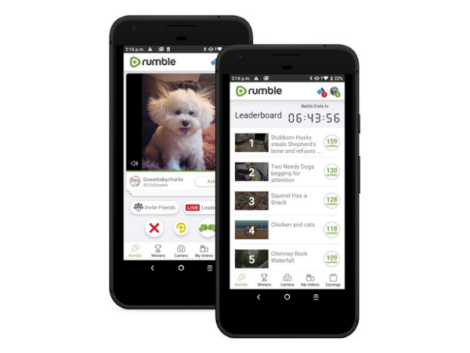 Every website, including the video hosting platform, has its guidelines for generating cash, and Rumble is included. The unique thing about Rumble is that it allows users to choose how much they want to monetize. You can make some cash on Rumble after registering and verifying your account. Below are multiple ways for people to earn on Rumble:

The first option for earning Rumble for videos is an ad revenue split. Rumble shares up to 60% of ad revenue generated with its users, unlike YouTube, which only shares 10-15% of ad money with users. Users have to relinquish every right to Rumble for an exchange of almost 90% of earnings from YouTube channels with the addition of another 60% earnings from other partners.

Help us get there by downloading the Rumble app! pic.twitter.com/HQmOFfKvWb

Users will give up all of their rights to Rumble in exchange for the chance to win up to $1000.

Creators have the opportunity to own video rights and can earn up to %500 in profit. This grants Rumble a non-exclusive license to videos, and the video gets of use by Rumble and its partners while the content creator retains ownership of contents and channels.

It is Not For Sale

People that plan to rake in some cash by selling stock footage would not want their videos for free. Users make actual money in Rumble by judging the videos/images and tagging videos in the portal. Tagging of videos is to 5 videos every day, and for every video, $0.05. As seen on the Rumble official website, there are also a few additional items that visitors can freely explore.

All You Need to Know About Cash App

Rumble intends to be an autonomous video hosting platform designed to resist canceling culture. The video platform does not discriminate, censor or punish creative ideas. Every user benefits from this neutral network that has amassed a lot of creativity and unique ideas. This has attracted venture capitalists; Narya and Peter Thiel to invest in Rumble.

Rumble app was active recently, and it went over many platforms to become the first wide range that gives publishers complete control over the design, layout, and monetization of their entire mobile presence on the Rumble app in real-time without the need to rewrite a single line of code, and it works seamlessly with publishers’ existing infrastructure and is extremely simple to implement.