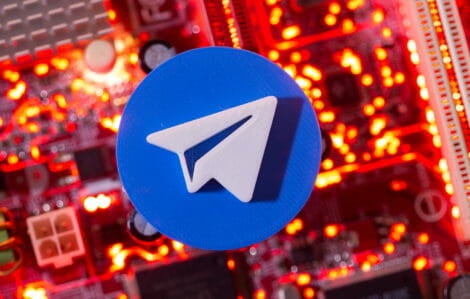 A 3D printed Telegram logo is placed on a computer motherboard in this illustration taken January 21, 2021. REUTERS/Dado Ruvic/Illustration

The decision comes after the messaging app, which is widely used by Brazil’s far-right President Jair Bolsonaro and his allies, failed to respond to court orders to block certain accounts that had been found to disseminate disinformation, Globo reported.

Brazil’s Supreme Court (STF) did not immediately respond to a request for comment. Anatel, Brazil’s telecoms regulator, said it did not have any information about the issue.

In January, Bolsonaro accused the country’s top electoral authority of “cowardice” for considering a ban of the messaging app amid concerns of its use for spreading “fake news.”

A deepfake bot generated ‘nude’ pictures of over 100,000 women