Meta takes out over 400 ‘hacktivists’, NPA-linked accounts, pages from FB 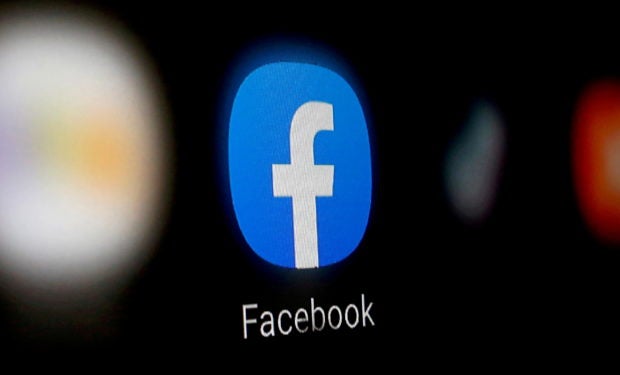 FILE PHOTO: A Facebook logo is displayed on a smartphone in this illustration taken January 6, 2020. REUTERS/Dado Ruvic/Illustration

MANILA, Philippines — Meta has removed more than 400 Facebook accounts and pages of so-called hacktivists, and of a network of groups linked to the New People’s Army (NPA) for supposedly violating the social media giant’s community standards.

This move by Meta comes about a month before the May 9 general elections in the country, and as the fight against widespread misinformation and historical revisionism continues.

In a report on Thursday, Facebook Threat Disruption Director David Agranovich and Aidan Hoy of Meta’s Strategic Response in the Asia Pacific Region explained that the hacktivists have been behind the Distributed Denial of Service (DDoS) attacks on and the defacing of legitimate sites and news pages.

Agranovich said this was the product of a new policy implemented in the Philippines, targeting groups and networks that amplify the harmful behavior of their member accounts.

“The network included over 400 accounts, pages, groups, that work together to systematically violate multiple policies on our platform, against coordinated harm, bullying, and harassment, hate speech, misinformation, and incitement to violence,” Agranovich told Manila-based reporters.

“The people behind this activity claim to be hacktivists that primarily on authentic and duplicate accounts to post and amplify content about Distributed Denial of Service (DDoS) attacks, account recovery, and defacing and compromising of primarily news entities’ websites in the Philippines,” he added.

But aside from attacking legitimate websites, the group of hacktivists has allegedly offered services for protection from the same attacks that they have carried out.

“Notably, they also offered cybersecurity services to protect websites from the very types of attacks they claimed to have perpetrated,” Agranovich noted.

Regarding Facebook accounts owned by the communist armed group NPA, Hoy said in a newsroom post that these have been removed for propagating violence, which goes against the platform’s community standards.

“We have dedicated teams that are constantly working to find and stop coordinated campaigns that seek to target people with malicious activities on our platforms,” Hoy explained.

“Recently we identified and removed a network that violated our policies against dangerous organizations. This included a network of Facebook Pages, groups, and accounts maintained by the New People’s Army (NPA), a banned terrorist organization, for violating our policies prohibiting groups that have a violent mission or are engaging in violence,” he added.

Earlier, Meta assured Filipinos that they are preparing for the possible deluge of misinformation, hate speech, and misleading and harmful content as the election season in the Philippines draws near.

This was not the first time that Meta, previously known as Facebook, took down accounts for violating their community standards.  In March 2019, Facebook’s head of cybersecurity policy Nathaniel Gleicher said that the company has taken down more than 200 accounts from President Rodrigo Duterte’s former social media strategist, for participating in coordinated inauthentic behavior (CIB).

CIB is explained as a group or cluster of Facebook accounts or pages that are made to appear as if they were operating organically, independent of the said network.

Then in 2020, Facebook also shut down China-based accounts posing as local users, which have been posting content supportive of Davao City Mayor Sara Duterte-Carpio’s possible presidential bid.  Another set of accounts, traced to the country’s uniformed service, was likewise taken down due to CIB.

READ: Over 100 fake accounts traced to PH police, military shut down by Facebook

Facebook has repeatedly clarified that the shutdown of accounts and pages was not related to the content or messages, but to CIB alone.