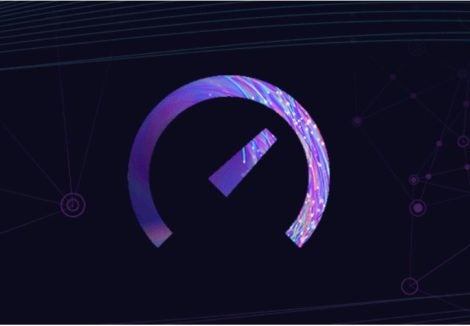 In Ookla’s first quarter report released on Tuesday morning, the company said that the average download speeds in the country as of March 2022 is at 19.38 Megabits per second (Mbps) for mobile data, and 52.16 Mbps for fixed broadband.

The Philippines’ 93rd rank for March 2022 in terms of mobile data is one notch higher than the previous month, while the 60th rank for fixed broadband.

Caloocan City has the fastest median mobile download speeds among the country’s most populous cities with 25.71 Mbps; followed by Quezon City at 23.89 Mbps; Manila with 23.75 Mbps; Davao with 15.19 Mbps; and Cebu City with 13.31 Mbps.

Caloocan also has the lowest median latency, or the amount of time before data is transferred from the network provider or the hosting server to the user, at 17 milliseconds (ms).  Manila is next with 18ms, Quezon City with 19ms, Cebu with 25ms, and Davao with 31ms.

Smart also has the shortest latency at 19ms, while Globe had 23ms and Dito with 25ms.  Similarly, Smart led in terms of 5G performance, delivering median download 5G internet speeds of 200.43 Mbps compared to Globe’s 121.29 Mbps.

However, Ookla’s report stated that regarding their Consistency Score — a measure of how consistent a user gets the average internet speeds — Globe came out at the top with a 79.4 percent score.  Smart followed with 77.7 percent, while Dito came last at 74.3 percent.

The country’s internet speeds have been generally increasing since June 2020, after Ookla saw a widespread decrease in internet speeds due to heavy use of internet connections that came with strict lockdowns and stay-at-home protocols amid the COVID-19 pandemic.

During that time, when COVID-19 restrictions over Metro Manila and other areas were easing up, average download speeds for fixed broadband was below the 30 Mbps-mark, while it hovered around 40 Mbps only in February 2021.

Similarly, mobile internet download speed averages in June 2020 were way below 20 Mbps, and it reached the 25 Mbps-mark only after December 2020.

But aside from the loosening of COVID-19 restrictions, the National Telecommunications Commission (NTC) also attributed the faster internet speeds to President Rodrigo Duterte’s stern warning against telco companies amid supposedly poor service.

During his second-to-the-last State of the Nation Address last July 2020, Duterte threatened telco players of expropriation, or the government controlling their operations, if internet connectivity and signal reception does not improve before the year ends.