vivo’s digital billboard displays in various locations in NCR are hinting to a masterpiece that is soon to come to the Philippines
INQUIRER.net BrandRoom / 10:00 AM June 01, 2022

With central business districts and cities gradually coming back to life, flocks of commuters and motorists once again frequent the highways in Metro Manila. One thing that may spice up the transit for those traveling through major thruways are vivo’s digital billboards posing the question: “Ready to own your masterpiece?” 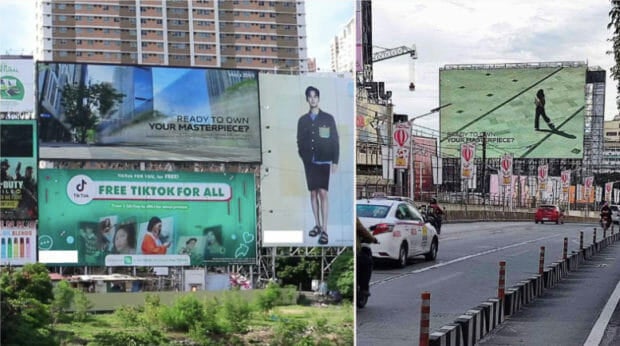 vivo’s billboards feature striking images of everyday-life scenes highlighting masterpieces in the ordinary. From the patriotic shot of the Philippine national flag, to a candid photo of a kalesa rider, to people passing through a city bridge, the photos depict simple moments in life, presented in grand and vivid portraits. Paired with the challenge of owning your masterpiece, vivo’s ads inspire the desire to make every moment count.

A masterpiece in the making?

Aside from the booming headline, the vivo ads also include a teaser statement saying “a technological work of art for professional imaging is coming to the Philippines.” As one of the country’s leading smartphone brands, this could be a nod to vivo’s partnership with ZEISS to deliver state of the art tech devices.

For the techies and digital enthusiasts, this is also a cause for excitement. With many devices and gadgets rumored to soon hit the local market, it leads one to wonder which model in particular vivo is gearing to launch.

Given the quality of the photos featured in the ads, the “technological work of art” that may soon be announced may be a high-powered camera in the body of a vivo smartphone that can enable Filipinos to capture their own masterpieces. Until more details are revealed, tech fans and commuters catching sight of the billboards are to wonder what the vivo ads could be alluding to.

Can you spot the masterpieces?

Excitingly, vivo has announced via its social media channels that it will be giving away prizes for those who will be able to spot and take a selfie with these larger than life ads. Announcing their Find the Masterpiece promo, vivo said that they will be accepting entries from their followers from May 31 to June 7. Those who will be able to take a snapshot with one or two locations may win vivo merchandise. Meanwhile, those who can catch all three billboard locations will be eligible to win tickets to the Clark Hot Air Balloon Festival. Five winners of the said grand prize, along with the consolation prize winners, will be announced on June 8.

The billboard locations will be revealed via the official vivo Fam PH community page. So for those looking to score merch and Clark Hot Air Balloon Festival tickets from vivo, the search is on!