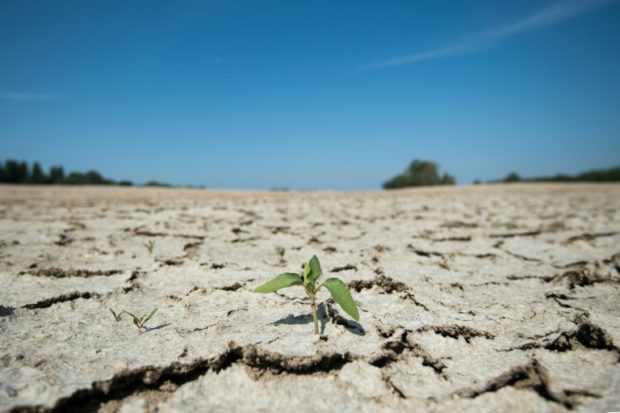 Riyadh, Saudi Arabia — Years of extreme drought helped topple a once mighty pre-Islamic kingdom on the Arabian Peninsula and pave the way for the spread of Islam in the region, according to research published Thursday.

The findings in the journal Science highlight the role of extreme weather events in “changing the course of history,” said a statement from the University of Basel in Switzerland – a relevant lesson as climate change warps today’s weather patterns.

The research traces the fate of the Himyarite Kingdom, which lasted more than 400 years and left traces of its irrigation system still visible in present-day Yemen.

By analysing the growth rate and composition of a stalagmite, which reveals how much precipitation the region received over time, researchers were able to identify a dry period in the early sixth century.

“Even with the naked eye you can see from the stalagmite that there must have been a very dry period lasting several decades,” said Dominik Fleitmann, who led the research.

Historical sources such as data on water levels in the Red Sea confirmed the drought coincided with the downfall of the kingdom.

At the time, the Himyarites were also grappling with political unrest and a war to the north between the Byzantine and Sasanian empires.

But the water problem was crucial, Fleitmann said.

“Water is absolutely the most important resource. It is clear that a decrease in rainfall and especially several years of extreme drought could destabilise a vulnerable semi-desert kingdom,” he said.

When the Aksumites, based in what is now Ethiopia, invaded, the formerly powerful Himyarites “definitively lost significance”, the University of Basel statement said.

“When we think of extreme weather events, we often think only of a short period afterwards, limited to a few years,” Fleitmann said.

The consequences of the drought, though, were much more enduring.

“The population was experiencing great hardship as a result of starvation and war. This meant Islam met with fertile ground,” said Fleitmann.

“People were searching for new hope, something that could bring people together again as a society. The new religion offered this.”

All of this does not mean that the drought directly brought about the emergence of Islam, the researcher stressed.

“However, it was an important factor in the context of the upheavals in the Arabian world of the sixth century.”