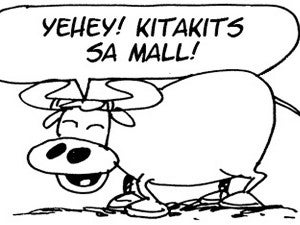 MANILA, Philippines—More seatwork, shorter lectures, and best of all, no homework.

But instead of churning out flunkers and dropouts, this new teaching technique has actually produced high-scoring students.

Say hello to the Dynamic Learning Program (DLP), which proponents say is not only the answer to perennial problems like the lack of public school teachers and textbooks, but also a 21st-century method that need not rely on high technology.

At least 157 public high schools in Basilan, Negros Oriental and Negros Occidental provinces are deviating from tradition by adopting DLP, a teaching technique developed by Christopher and Ma. Victoria Bernido, the physicist couple who earned the Ramon Magsaysay Award in 2010.

Local education officials have partnered with the Bernidos and telecoms giant Smart Communications to “spread the gospel” of DLP, which was piloted in Cagayan de Oro last year and earlier tested in the Bernido’s Central Visayan Institute Foundation (CVIF) in Jagna, Bohol province.

During these initial runs, the program improved the students’ performance mainly by giving them more time for self-learning and drastically changing the role of teachers.

“It’s not a curriculum, it’s a way of teaching. The traditional way is that the teacher will lecture for most of the time and then students participate in recitation, quiz and homework,” said Stephanie Orlino, a community partnerships officer at Smart.

Under the DLP, students get to spend much of their time answering questions on worksheets based on the lesson that their teachers have discussed for only 15 to 20 minutes.

No textbooks, notebooks or high-tech learning devices required—just pen and paper. Students may even write on the back of old calendars if they run out of activity sheets, which they can later file in different portfolios.

“It’s plain hard work. When we visited one of the schools (during the pilot run), I saw that the students even put rubber band or tape around their pens to have a better grip because they used their pens quite often,” said Smart public affairs chief Mon Isberto.

“And these self-driven students are the kind of students we need in the 21st century, students who can acquire new skills on their own,” Isberto said. DLP is “a no-tech but 21st-century method” that can work even “without textbooks or classrooms,” he added.

At the core of DLP is a technique developed by the Bernidos called parallel learning, where teachers spend only 20 percent of class time introducing the lesson to students and giving them the remaining 80 percent to answer questions.

By the end of a school year, DLP students would have answered up to 6,000 questions in science, math, economics and history subjects, among others.

And because so much work is already done in class, there is no more need to do assignments at home. The program also allows students a “strategic break” from academics every Wednesday, when they focus on physical education, music and arts classes.

Teachers can plan and prepare the activity sheets for the whole school year before classes start in June using DLP modules designed by the Bernidos. Even those who teach multiple classes may find it easy to follow the program.

In a DLP orientation video, Christopher Bernido further explained: “For example, (if) I have three biology classes, I (can) hold these classes simultaneously (even if I) cannot be in three places at the same time.  (Since) teacher intervention will be limited… the teacher would give a lecture for 15 to 20 minutes in one section, transfer to another section and lecture again for 15 to 20 minutes there, and so on.”

Orlino said the 9,000 Cagayan de Oro high school students who had tried the DLP showed a “highly significant” improvement in their English, math and science tests in March 2012 compared to their test scores in June 2011.

The Cagayan de Oro experience mirrored that of students at CVIF, where the Bernidos first introduced the method in 2002.  Since adopting the program, the school has consistently produced successful examinees in the University of the Philippines College Admission Test (Upcat), considered one of the toughest college entrance exams in the country.

“It’s very encouraging. Despite the fact that we had birth pains in the first year and (Cagayan de Oro) experienced Tropical Storm ‘Sendong,’ and despite the fact that the students had only four academic days, with no homework and less contact time with teachers, they improved in all subject areas,” Orlino recalled.

Smart is currently supporting the Bernidos by reproducing DLP materials and assisting the couple in training more schools heads and teachers via teleconferencing and other tech-savvy methods.

Isberto said spreading DLP is Smart’s first step in developing a generation of students best suited for e-learning. “Once you have these self-learning students gradually introduced to e-learning tools on top of the [DLP] system, these students will fly,” he said.