NPC: Data aggregators ‘unlikely to be the source’ of personalized sham texts 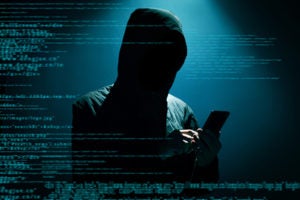 MANILA, Philippines — Data aggregators “are unlikely to be the source of the recent wave of targeted smishing messages” that include the name of recipients, the National Privacy Commission (NPC) said Wednesday citing their initial investigation.

NPC Deputy Commissioner Leandro Angelo Aguirre said that the sham texts appear to have been sent using specific mobile numbers. This means that the scammers used phone-to-phone transmission to distribute the messages, he noted.

Smishing happens when fraudsters send messages to mobile phones and trick recipients into sending money or giving their personal and sensitive information to the message sender.

“The result of the initial investigations of the NPC shows that the data aggregators are unlikely to be the source of the recent wave of targeted smishing messages that specify the recipient’s names,” Aguirre said in a briefing Wednesday.

Data aggregators are usually third-party organizations that companies tap to disseminate their advisories and marketing offers.

“The messages received through this transmission will not appear to have come from specific mobile numbers,” Aguirre said.

The NPC said it will continue to investigate the potential sources and root cause of targeted smishing messages such as patterns in the use of name formats that prospectively match the names of data subjects registered with popular payment applications, mobile wallets, and messaging applications.

“The NPC shall pursue its investigation to its full extent and within the bounds of its mandate to protect the fundamental  human right of privacy,” Aguirre said.

“Through relevant issuances, the commission will be compelling entities involved to take firm action in addressing the possible privacy risk brought about by the targeted smishing messages,” he added.