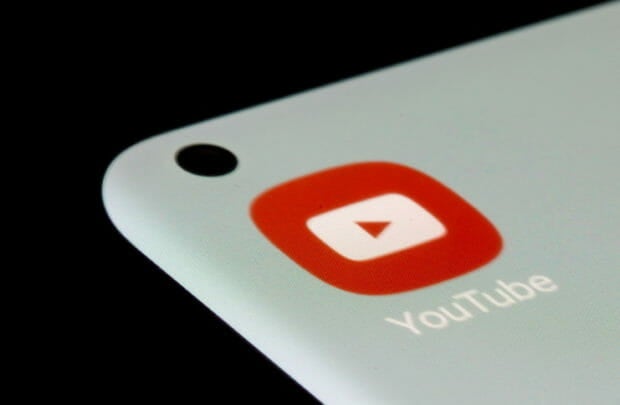 YouTube app is seen on a smartphone in this illustration taken, July 13, 2021. REUTERS FILE PHOTO

SEOUL — In a recent interview with British newspaper The Guardian, Cho Dong-youn, a former co-head of the Democratic Party of Korea candidate Lee Jae-myung’s presidential campaign, revealed that she had contemplated taking her own life after revelations about her personal life were made online, causing an onslaught of online bullying.

The allegation that Cho had a child out of wedlock — which she later revealed was the result of a sexual assault — was made by a controversial far-right YouTuber Kang Yong-suk, and ultimately led to the downfall of Cho’s political career.

The way a YouTube channel clipped the wings of a young politician showcases how the video platform has grown into a force to be reckoned with in the country’s political landscape in recent years.

Several local researchers link the rise of YouTube to the 2016-2017 political turmoil that brought the demise of the Park Geun-hye presidency and swung the pendulum of local politics to the left.

Sparked by a shocking scandal that centered on Park’s long-time friend meddling in state affairs, massive protests were held across the country in late 2016, with those in attendance calling for the president to be impeached. In March 2017, the Constitutional Court finalized her ouster from office.

Feeling cornered, staunch Park supporters and other far-right groups took to the streets in what came to be known as “Taegeukgi rallies,” named for the Korean flags they hoisted as they marched. Refusing to believe the accusations against Park, many of them turned to political channels on YouTube run by those identifying as right-leaning. 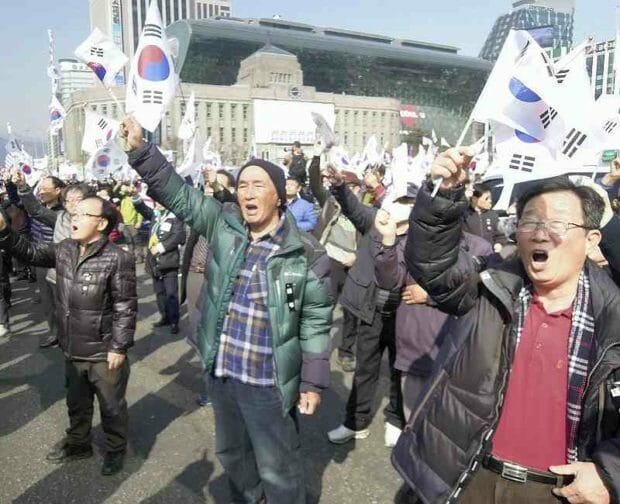 “ [Taegeukgi] rally participants came to regard Park’s impeachment as a national crisis, and rallied out of anger. United by the claims of [conservative] party members and opinion leaders, YouTubers acted as the channel connecting the participants [of the rallies] and the outside world,” wrote Lee Jong-myung, a researcher for the Institute for Social Science Research at Kyungpook National University, in his 2020 paper “YouTuber’s Role in Politics of Agora.”

“Taegeukgi rallies show the complex characteristics of an organized rally by a conservative political party, the voluntary participation of its members and the role of YouTubers who egg them on,” Lee wrote.

Taegeukgi rallies persisted for years with ever-changing chants: from demanding Park’s release from jail to calling the election of her liberal successor President Moon Jae-in a fraud. While the rallies have diminished in recent years, politically charged YouTube channels conveying extremist views have raged on.

Despite its origins, YouTube channels with extremist views are not confined exclusively to the right wing.

Extremist channels with left-leaning views have also fanned speculation on a variety of issues, including the investigation into the family of former Justice Minister Cho Guk and the personal life of President Yoon’s wife Kim Keon-hee before she was married.

In response to the loud protests held this spring by some conservative YouTubers in front of Moon’s retirement home in Yangsan, South Gyeongsang Province, a channel launched counter-rallies in front of incumbent President Yoon’s home in Seocho-gu, southern Seoul.

In July, Lee Jun-seok, the former leader of the ruling People Power Party who is now at odds with President Yoon and other party heavyweights, warned against the “evil influence” that far-right YouTube channels have on established politics.

“YouTubers point fingers and bash others, but you [YouTubers] are actually spies shooting friendly fire for the fall of the conservatives … Discussing matters of the state within the tiny world built on YouTube is why we [the party] were on a losing streak in the past,” he said.

YouTube’s rise as a medium of political news is a reflection of society’s growing distrust of the mainstream media.

When The Korea Herald went to cover the protests near Moon’s home, protestors — upon requests for an interview — flatly refused and accused the Herald of not reporting the truth about the protests, despite having no previous knowledge of the newspaper’s coverage on the matter. It is worth noting that the protestors did not express discontent toward a specific media outlet, but reporters in general, indicating that some part of the population lacked faith in what is reported in the media.

Last year, the death of a college student along the Han River in Seoul sparked conspiracy theories about the supposed role the victim’s friend played in the tragedy. The claims — which were spread via YouTube channels, mixed with a pinch of fake news — did not disappear when police found no evidence of foul play. Believers of such conspiracy theories were quoted as saying, “We only trust YouTube. YouTube is the truth” during an episode of the SBS TV’s investigative program “Unanswered Questions.”

A 2020 survey of 1,000 adults across the country by local news outlet SisaIn found that 13% of respondents believed YouTube to be the most trustworthy source of information, outperforming other news platforms in the country including web portal Naver and TV channels KBS and JTBC.

With an increasing number of people taking issue with the mainstream media, YouTube channels offering alternative views of current affairs have gained popularity. But research has shown that relying heavily on YouTube for information can intensify the polarization of political views.

There have been studies that support the suspicion that politically charged content on YouTube strengthens one’s own confirmation bias. The algorithm of the platform itself is designed so that it recommends the videos that are similarly themed to the videos the user has viewed in the past, meaning that users indulging in right- or left-leaning videos will mostly be recommended similar videos.

A recent survey by Hankook Research, commissioned by local newspaper Hankook Ilbo, indicated that people were more likely to trust information provided by YouTube channels that aligned with their own political inclinations. The respondents were each shown clips from the right-leaning channel Hoverlab and the left-leaning Voice of Seoul.

A total of 43.2% of the respondents who identified themselves as right-of-center said they trusted information from Hoverlab, as opposed to 10.6% of the self-identified leftists. The results were the exact opposite for the alleged news from Voice of Seoul, with 45.2% of the left-leaning public trusting it, compared to 11.3% of the right-leaning people.

In 2021, Hallym University journalism professor Kang Myung-hyun published a paper on whether YouTube leads to confirmation bias in the Journal of Speech, Media and Communication Research. Through a survey of 400 users, he found that motivations for subscribing to politically themed channels were three-fold: actively seeking political information, passively using out of habit, and to share political information with other users.

In short, he concluded that people with strong pre-existing political inclinations — whether left or right — tend to seek, and find, more videos that suit their taste, leading them to lean even more into their existing beliefs.

“The findings [of this paper] call for policies on how to address such political polarization [in Korea]. With the unverified information overflowing on YouTube, there needs to be discussions on the consumption of biased political content, and how it should be addressed in terms of policy. For example, the legal system imposing the duty of monitoring content to service providers, or strengthening media literacy education throughout society,” he said.