WhatsApp outage reported across the world 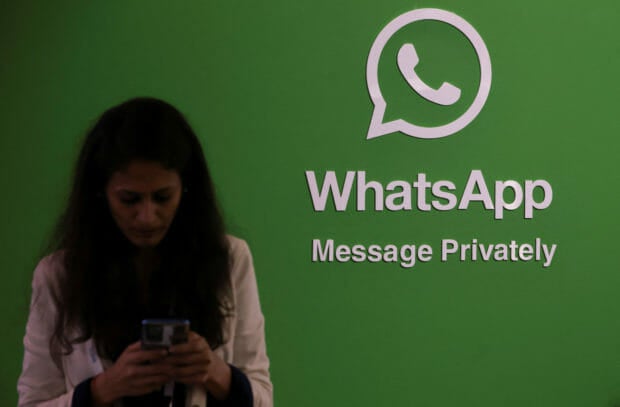 A woman uses her phone next to a logo of the WhatsApp application during Global Fintech Fest in Mumbai, India September 20, 2022. REUTERS FILE PHOTO

BENGALURU — Popular messaging app WhatsApp stopped working for many people across the world on Tuesday, with users in Asia, the United Kingdom, South Africa and Europe reporting issues sending and receiving texts and videos.

At around 0750 GMT, outage reporting site Downdetector showed over 68,000 users had reported problems with the app in the United Kingdom. Problems were reported by 19,000 people in Singapore and 15,000 people in South Africa, it said.

The app has become a critical means of communication for households and businesses. When Whatsapp had an hours-long outage last October, it hit trading of assets from cryptocurrencies to oil, before traders switched to alternative platforms such as Telegram.

The app’s latest outage comes during the festive season in India – its biggest market by user count- when people use the platform even more than usual to send season’s greetings.

Downdetector tracks outages by collating status reports from a number of sources including user-submitted errors on its platform. The outage may have affected a larger number of users.

“We’re aware that some people are currently having trouble sending messages and we’re working to restore WhatsApp for everyone as quickly as possible,” a spokesperson for WhatsApp parent company Meta Platforms said on Tuesday.

#whatsappdown was trending on Twitter, with more than 70000 tweets and hundreds of memes flooding the internet.

“Don’t recheck your internet connection… WhatsApp is down right now,” a user tweeted.