Angkas CEO George Royeca: PH is one of the world’s tech trailblazers 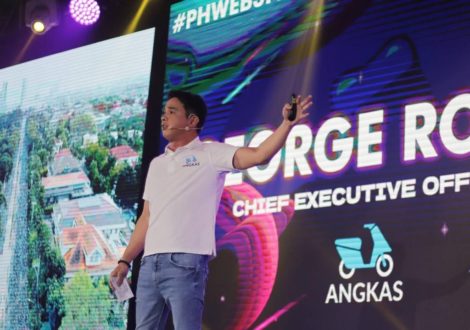 MANILA, Philippines — Angkas CEO George Royeca is mighty proud that the Philippines is considered a trailblazer when it comes to the world of technology.

As a keynote speaker during the first day of the highly anticipated Philippine Web3 Festival, Royeca said he could not believe the amount of talent and skills of local start-up companies.

“The energy here is like never before. This is amazing energy, especially for the start-up scene. The Philippines is always trailblazing. We are the first SMS capital of the world. We became the social media capital of South East Asia, and now Web3 is happening in the Philippines. Just look at it – all the people here, all the booths, all the energy – it’s an amazing thing to watch and I’m glad to be a small part of it,” he said.

Royeca said he is grateful to have been given the opportunity to share what it’s like to be a Filipino innovator, hoping to inspire start-ups and young entrepreneurs to keep moving forward with grit and determination.

“A lot of businesses and new start-ups fail not because of external factors but because founders quit. They need to have that mental stamina to keep moving forward. I hope they are able to relate to my story in times of struggle or when they’re faced with insurmountable odds and hopefully, it gives them a little bit of inspiration to keep moving forward,” he added.

Considering the Phil Web3 as the future of technology and the internet, Royeca shared three things that would help start-ups and new businesses acquire a certain type of persistence and determination to overcome overwhelming challenges.

First, he noted, is crystal clear vision. “Our crystal clear vision is beating the traffic. For six years, all we talked about was beating the traffic and motorcycles being a safe alternative for public transportation. We had a message discipline and that’s why we were able to achieve all of these things. Everything else was just an output of that – getting back people’s freedom and creating livelihood and opportunities.”

Second, uplift lives and communities. According to Royeca, Angkas did not create a viable transportation system nor solve Metro Manila’s traffic. They instead invested in people.

“What we’ve proven is very simple. If you train the Filipino well, if you really invest and equip them with the right tools, if you are about really investing in the Filipino people, then they will make you proud. They will be productive citizens of the country,” he said.

Third, Royeca said, is that problems never go away. According to the staunch transport advocate, start-ups and young entrepreneurs should already expect that problems will always be part of the equation in growing a business.

“Forget about trying to get problems to go away. Try to look at problems as if it were a game. In a game, if you die, you still want to play the game again. You go back. Why? Because you have more knowledge about the level. So why can’t we do that in life? Why are we so afraid of making mistakes? Treat life as a game because every time you fail, it’s an opportunity for you to learn,” he said.

The Philippine Web3 Festival features blockchain technologies that puts a spotlight on a vast array of games, guilds, NFTs, and crypto VCs in front of the largest and most engaged web3 audience in the world. The festival will run from November 14 to 18 at the Marquis Events Place in BGC, Taguig City.