Making actors young usually takes an army of visual effects experts. However, Disney recently made this adjustment easier with its new AI tool.

Its Research Studios called it FRAN or face re-aging network in an academic paper. It uses thousands of face samples to make someone look younger or older.

As a result, it could significantly reduce the time and money spent on visual effects. However, Disney did not specify if it would offer the new AI tool to the public.

How does Disney’s AI tool work? 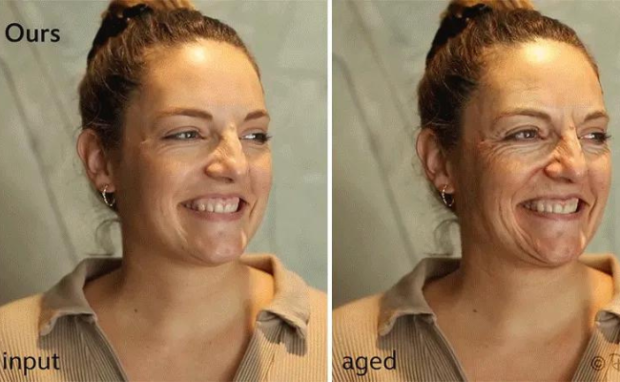 Most movies use visual effects to make actors seem younger or older in films. Studios hire artists who would spend weeks removing wrinkles and other signs of aging.

However, achieving a photorealistic effect on a moving face means artists have to erase these blemishes frame by frame manually.

That is why the new artificial intelligence from Disney is a significant development. It would reduce the work time from several weeks to a few days.

Disney researchers compiled a database of thousands of randomly generated faces. Then, they trained the AI tool with machine learning.

It followed a set of rules or algorithms to age and de-age thousands of these synthetic images. Afterward, the researchers used the results to train FRAN.

The latter is a neural network, a group of interconnected computers that functions like a human brain.

Provide a shot of someone’s face, and FRAN would determine which parts of the face it should adjust, such as wrinkles.

Next, it overlays the original image for more visual information. As a result, the AI tool preserves an actor’s appearance and identity even while he or she is moving.

More importantly, it enables artists to modify changes. Studios require that feature to ensure each shot looks as realistic as possible.

Disney admitted that FRAN had limits. For example, it is not suitable for de-aging an adult actor to look like a preteen. Also, it does not consider graying scalp hair when implementing changes.

Disney has been finding ways of using artificial intelligence for filmmaking. Aside from the FRAN, James Earl Jones allowed the company to use an AI voice for his iconic Darth Vader role.

Still, it is amazing to see how far artificial intelligence has advanced throughout the years. You may even create digital art for free nowadays.

Technology is shaping the way our lives work. Make sure you can keep up with the latest trends by reading more Inquirer Tech articles.