Have you ever thought about artificial intelligence defending you in court? A company was going to launch a real legal assistant in court next month, but it had to cancel the stunt.

It would have been an important milestone for AI development, and CEO Joshua Browder would have covered any fines. However, prosecutors changed his mind.

What did DoNotPay plan with the AI legal assistant? 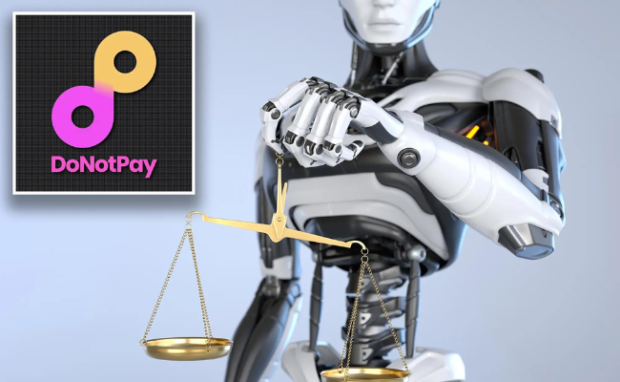 DoNotPay started in 2015 as a chatbot that offers legal advice to people dealing with late fines or fees.

In 2020, it developed into an artificial intelligence powered by a mobile app. Recently, it planned to defend someone in court using the AI legal assistant.

The defendant would have a smartphone that runs the DoNotPay app. Also, he would be wearing an earpiece attached to that mobile device.

The app would listen to court arguments in real-time. Then, it would tell the defendant via the earpiece what to say.

According to the New York Post, the historic hearing will occur next month. However, DoNotPay did not disclose the court’s location or the defendant’s name.

“And it’s not good if it actually twists facts and is too manipulative.” More importantly, he stated his ultimate goal to replace some lawyers with his app to save defendants money.

Browder said, “It’s all about language, and that’s what lawyers charge hundreds or thousands of dollars an hour to do,”

He added, “…a lot of lawyers are just charging way too much money to copy and paste documents….”

“The goal of this company is to make the $200 billion legal profession free for consumers,” Browder said.

Good morning! Bad news: after receiving threats from State Bar prosecutors, it seems likely they will put me in jail for 6 months if I follow through with bringing a robot lawyer into a physical courtroom. DoNotPay is postponing our court case and sticking to consumer rights:

Unfortunately, DoNotPay’s CEO tweeted that he would not push through with the stunt because of threats from State Bar prosecutors.

DoNotPay decided not to test its AI legal assistant in a real court, so we would not see it in action soon. Nevertheless, other companies have been finding ways to incorporate artificial intelligence into the legal system.

Want to know more about how AI and other technologies are shaping our lives? Follow Inquirer Tech to learn more about that and other digital trends.