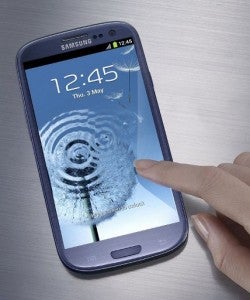 SEOUL – South Korea’s Samsung Electronics, the world’s largest smartphone maker, said Monday it expects to have sold 10 million of its newest Galaxy S3 model by the end of July, two months after its launch.

“We’re getting more positive reviews for Galaxy S3 than the previous Galaxy S1 and S2 since the release in Europe, the Middle East and Southeast Asia beginning May 29,” Shin said at an event to mark the phone’s domestic release on Monday.

He estimated that global sales of the new phone – currently available in 147 countries –would surpass 10 million next month, including about a million to be sold at home.

“We’re doing fairly well in emerging-economy markets… I think our second-quarter earnings will be better than the first quarter’s, despite the difficult economic situation in Europe,” Shin said.

The company, the world’s biggest technology firm by revenue, posted a record net profit for all its divisions of 5.05 trillion won ($4.44 billion) in the first quarter, thanks largely to strong smartphone sales.

It also has a 4.8-inch (12.2-centimeter) screen that is 22 percent larger than the S2, while it can detect eye movements and override the automatic shutdown if the user is looking at the screen.

Samsung shipped 44.5 million smartphones in the first quarter, exceeding the 35.1 million of US arch-rival Apple, according to market researcher Strategy Analytics in April.

Samsung, embroiled in patent lawsuits in 10 nations with Apple, is pinning its hopes on the S3 to further erode its rivals’ market share before the expected new version of Apple’s iPhone 5 this year.

In a rare victory for the Korean firm, a Dutch court last week ruled in favour of Samsung and ordered the US giant to pay unspecified damages for patent infringement.