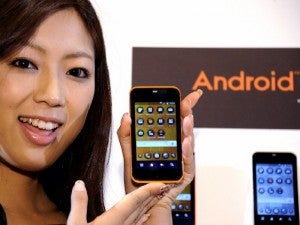 WASHINGTON—Malware has been spreading on Android mobile phones that takes control of certain e-mail accounts to create a “botnet” to send out spam, a security researcher said this week.

“We’ve all heard the rumors, but this is the first time I have seen it – a spammer has control of a botnet that lives on Android devices,” Zink said in a blog post Tuesday.

“These devices login to the user’s Yahoo Mail account and send spam.”

“I’ve written in the past that Android has the most malware compared to other smartphone platforms, but your odds of downloading and installing a malicious Android app is pretty low if you get it from the Android Marketplace,” he said.

“But if you get it from some guy in a back alley on the Internet, the odds go way up.”

“I am betting that the users of those phones downloaded some malicious Android app in order to avoid paying for a legitimate version and they got more than they bargained for,” Zink said.

“Either that or they acquired a rogue Yahoo Mail app.”

A report earlier this year by the security firm AV-Test found some Android downloaded malicious code after installation and said this is more common in the Google Android system than in the Apple ecosystem which has stricter security policies.

Google has a security system known as Bouncer to scan for malware but some experts recommend additional protection for phones using the platform.