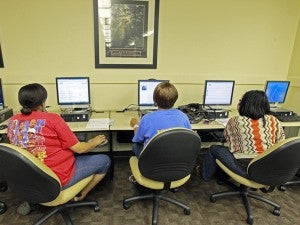 GENEVA—The UN Human Rights Council (HRC) in Geneva passed its first resolution on Internet freedom on Thursday with a call for all states to support individuals’ rights online as much as offline.

Despite opposition on the issue from nations including China, Russia and India, states promoting the resolution hailed the support of dozens of countries ahead of its adoption.

“This outcome is momentous for the Human Rights Council,” US ambassador Eileen Chamberlain Donahoe told reporters.

“It’s the first UN resolution that confirms that human rights in the Internet realm must be protected with the same commitment as in the real world.”

The text had the support of 85 co-sponsors, 30 of whom are members of the HRC, Donahoe added. The United States was among the text’s co-sponsors.

“This resolution is a welcome addition in the fight for the promotion and protection of human rights and fundamental freedoms online,” said US Secretary of State Hillary Clinton, in a statement issued in Washington.

“The free flow of news and information is under threat in countries around the world. We are witnessing an alarming surge in the number of cases involving government censorship and persecution of individuals for their actions online — sometimes for just a single tweet or text message,” Clinton added.

Of other states supporting the initiative, Tunisia’s ambassador Moncef Baati said it was particularly important for his country because of the role social networking websites played in ousting president Zine El Abidine Ben Ali in 2011.

“The most important result of the Tunisian revolution is this right to freedom of expression…(this) is very important at the moment (in Tunisia) and it is for this reason that there is a strong commitment in Tunisia to consolidate Internet rights,” he said.

“Our link with all media networks during the revolution doubles the importance of this commitment to freedom of expression on the Internet which remains a major tool for economic development.”

The independent Tunisian authority charged with reforming the media, the National Body for the Reform of Information and Communication (INRIC), announced on Wednesday that it had shut down after failing to achieve its objective, accusing the North African nation’s Islamist-dominated government of censorship.

Other countries that backed the resolution on the Promotion, Protection and Enjoyment of Human Rights on the Internet included Brazil, Nigeria, Sweden and Turkey.