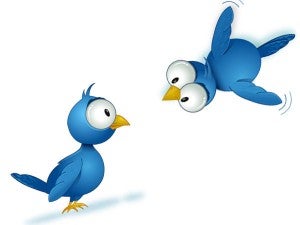 MANILA, Philippines—Was there really “nobody home”? Or was it a case of “nothing’s left at home”?

Former president Gloria Macapagal-Arroyo’s diatribe against her successor has triggered an online “catfight” of sorts between one of her supporters and President Benigno Aquino’s deputy spokesperson.

House Deputy Minority Leader Milagros Magsaysay and spokesperson Abigail Valte on Saturday flooded not a few pages on Twitter with some heated exchanges in defense of their respective presidents.

Arroyo, now Pampanga representative, held a press conference amid heavy rains Friday and assailed Aquino for a kind of leadership, which, one columnist commented, showed that “nobody’s home.”

The congresswoman also cautioned against a “danger lurking ahead for our economy” partly because the new President refused to build on the gains of her administration.

“It’s not that there’s nobody home—there was nothing left at home,” Valte said in her media weekly forum aired over Radyo ng Bayan.

Magsaysay, who appeared to have been monitoring Valte statements on radio, later attacked the Aquino administration in her Twitter account: “After one year in office, we are being run on auto pilot. Question is who is at the controls?”

“Can’t be blaming others (for) your incompetence forever. Time to own up (to your) shortcomings. Act positively on (them), and move on,” she added.

It turned out that Valte was just getting warmed up.

“We failed to build on their gains? Please let us know who ‘gained’ in those nine years other than yourself and your favored few,” she replied in her Twitter account.

“Nothing was left at home when we arrived. (The) 2010 Calamity fund was depleted halfway into the year. Hindi ba babagyo sa 2nd half ng taon?” she wrote, adding that the poor comprised only 21 percent of beneficiaries of the state health insurance program.

“Who made up the 79 percent? Your guess is as good as mine,” she tweeted.

The online debate—which ran for more than two hours—provided a bit of entertainment for “netizens” on an otherwise gloomy Saturday where strong winds and heavy rains kept many people indoors.

Wrote Susan Ople, who lost in the 2010 senatorial election: “And I thought this was going to be a boring Saturday morning! Thank God for Twitter!”

Presidential spokesperson Edwin Lacierda later joined the fray and tweeted: “‘Nobody home’? Of course! We definitely live in a different neighborhood… (Arroyo’s) record vs. PNoy’s. Her manner of governance vs ours. Corrupt vs honest leadership. Midnight deals vs. Transparency.”

Senator Francis Pangilinan, a staunch supporter of Aquino, also criticized Arroyo in a statement. He said no one in the present administration was involved in shenanigans similar to the scandals that marred her administration, as the “Hello Garci” election fraud scandal.

“Yes, Malacañang has been exorcised of all these with (Arroyo) stepping down and as such we are truly grateful that nobody’s home who’s willing and capable of doing all that,” he said.

In her Twitter offensive, Magsaysay complained heavily about the Aquino administration’s supposed incompetence in the face of calamity, such as the one brought by Tropical Storm Falcon.

“We need preventive measures (on) typhoons, long term solutions. This administration is fond of reactive measures when things are bad already,” she wrote.

Magsaysay also told Valte: “You should learn from mistakes of the past and not make them as excuses for not doing what you can to solve present problems.”

Valte alleged that the new officials of the Metropolitan Manila Development Authority found no flood-control program in place. She said the government also spent about six months “cleaning up bidding processes to ensure that no corruption will take place.”

“Corruption/padrino system (has) been ingrained solidly for nine years. Bidding now clean,” she told the congresswoman from Zambales.

“Malacanang should answer the issues raised against them head on. Valte’s answers evaded the points raised. Please study your answers before you come out,” Magsaysay later replied.

The exchanges went on for more than two hours until both sides called it a day at 2:16 p.m. like nothing happened. Valte wished a safe trip for Magsaysay, who was about to board a plane.

“Thanks. Until next time,” the lawmaker tweeted.