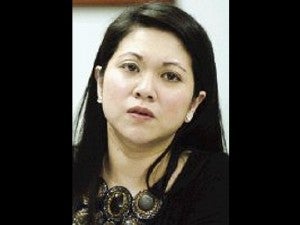 MANILA, Philippines—Malacañang on Saturday appealed to hackers protesting the controversial cybercrime law to stop their attacks on government websites, particularly those agencies that provide disaster data and advice online to the public.

“I don’t want to say it but let us please put our opposition in the right place because there’s a sober way of discussing this,” Undersecretary Abigail Valte, deputy presidential spokesperson, said over government radio dzRB.

Valte said netizens should find a peaceful means to protest the Cybercrime Prevention Act instead of resorting to cyberattacks.

The new law has sparked a storm of protests from critics who say it will severely curb Internet freedoms and intimidate netizens into self-censorship.

Weeks after Republic Act No. 10175 was signed into law on Sept. 12, the government continued to reel from the hacking of websites of several agencies, jeopardizing otherwise crucial online services.

Among those hacked were the websites and social media accounts of the weather bureau, the earthquake and tsunami monitoring service and the social welfare agency.

Valte did not disclose the extent of the damage.

“Many people are being affected by this,” she said.

One of the law’s most controversial provisions mandates much longer jail sentences for people who post defamatory comments online than those who commit libel in traditional media.

It also allows the government to monitor online activities, such as e-mail, video chats and instant messaging without a warrant, and to close down websites it deems to be involved in criminal activities.

The Supreme Court is hearing petitions to have the law declared illegal. With an AFP report