MANILA, Philippies—Bagong Alyansang Makabayan (Bayan) Secretary General Renato Reyes on Wednesday urged members of the Congress to exercise a “sense of urgency” in dealing with proposed amendments to the controversial Cybercrime law, saying that he feared that the coming 2013 elections would hinder progress on the said amendments. 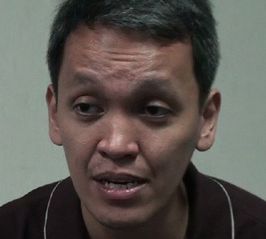 On Tuesday, the Supreme Court (SC) issued a temporary restraining order (TRO) suspending implementation of the Cybercrime Prevention Act of 2012 for 120 days.

Bayan is one of groups composed of militants, students, journalists, bloggers and netizens, who protested specific provisions of the act, particularly the provisions on the increased penalty for libel, online libel, and the Department of Justice’s powers to block and restrict access to websites.

“Ang panawagan ho namin yung buong batas kailangang ibasura pero sa pamamaraang legal, sa pagsasampa ng kaso, kailangang tukuyin ang ispesipikong provision (Our plea is for the whole law to be trashed but in a legal manner. If there are cases to be filed, the specific provision should be singled out),” Reyes said.

Reyes added that their group would remain vigilant on the procedures and developments on the act, and would be preparing hard for the oral arguments set by the SC on January 15.

For more on the interview, listen to the audio clip from Radyo Inquirer 990 AM.