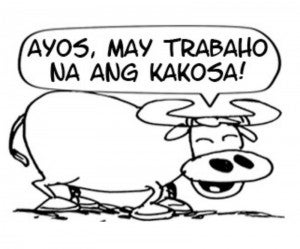 Call centers may soon be run in prisons with inmates as operators, thanks to a program initiated by Sen. Alan Peter Cayetano that aims to help convicts get a better chance to resettle and reintegrate back into society.

The program, dubbed “BILIB I.T.,” will grant information technology (IT) scholarships to qualified inmates so they can learn productive skills that will help them get back on their feet.

“We’ll see if we can try building call centers inside jail facilities to help these detainees utilize their training and gain employment,” Cayetano said in a statement released during the program launch at Taguig City Jail.

“I eventually want to get there because it’s a step further toward better rehabilitation,” he added.

Among the courses to be offered are Basic IT, Adobe Photoshop, computer hardware servicing and a finishing course for call center agents, which would include English proficiency and web design.

Among the inmates who were given scholarships during the launch were: Alvin Alison, 21; Ronnie Omanitu, 24; Belinda Pagulayan, 48, and Jenny Canlas, 28.

Cayetano said the scholarships will be granted to at least 200 inmates, and is expected to double with the help of the Technical and Education Skills Development Authority (Tesda).

Cayetano cited a similar program in the United States where “inmates do call center work for nonsensitive matters.”

Who are eligible for the program?

“Those who have served their sentence but prefer to live inside the penal community due to lack of skills necessary to rejoin the work force, detainees who have minimum security and those inmates with sentences not longer than six years,” Cayetano said.

“We should give them a chance to make a living and become productive members of society in the future,” he added.

Tesda Director General Joel Villanueva, who was present during the launch, added that more than providing livelihood for the inmates after serving their sentences, it was also about removing the stigma associated with being an ex-convict.

The inmates will look better to prospective employers if they have done work in the detention facility, he added.

Cayetano expressed willingness to work with the Bureau of Jail Management and Penology (BJMP) and the Department of Justice to create guidelines that will allow inmates to be in a job that would enable them to be in direct commercial contact with the public.

The program was launched in cooperation with Tesda, IT school Informatics, BJMP and Taguig Mayor Lani Cayetano.