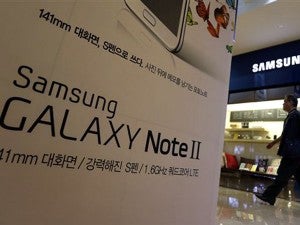 SEOUL, South Korea—Samsung Electronics Co. says it has sold more than 3 million Galaxy Note II smartphones in a little over a month since its launch.

The South Korean firm said Friday sales of the oversize smartphone reached the figure 37 days after its September release.

The Note II is one of the two key mobile devices from Samsung on the high-end smartphone market. It features an oversize screen that measures 5.5 inch diagonally and a digital pen for note-taking.