Cuba accuses US of training dissidents via Internet 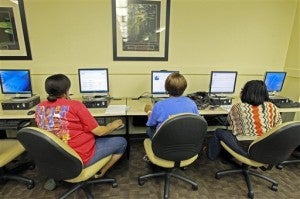 HAVANA—Cuba accused the United States Friday of helping its opponents access the Internet as part of a drive to undermine the Havana government.

The accusation, leveled in a foreign ministry statement, comes amid a simmering dispute over the jailing of American contractor Alan Gross three years ago for distributing laptops and electronic gear to members of the island’s Jewish community.

The foreign ministry said diplomats at the US Interests Section were “promoting, advising, instructing, training, financing and supplying (government opponents) with diverse media and technology.”

“Diplomats from that office are permanently inciting these people … to undertake provocative actions … and act against the Cuban constitutional order,” it said in the statement published in the official newspaper Granma.

The US Interests Section “has gone to the extreme of undertaking training tasks, establishing illegal Internet centers in its offices to provide training and courses to people … in flagrant violation of the Geneva Convention.”

“We are absolutely guilty of those charges,” said State Department spokeswoman Victoria Nuland.

“The US interests section in Havana does regularly offer free courses in using the Internet to Cubans who want to sign up. We also have computers available for Cubans to use.”

But she denied that US diplomats were working to subvert the Cuban government, saying they were “teaching people how to use the Internet, period, and allowing them access to computers with Internet. That is the only thing that we are responsible for.”

The United States supports “freedom of access to information around the world,” she added, saying that all US missions held similar training courses.

“Obviously, this wouldn’t be necessary if the Cuban government didn’t restrict access to the Internet and prevent its own citizens from getting technology training.”

The United States and Cuba broke off diplomatic relations in 1961, but have maintained interest sections in each other’s capitals for the past three decades to provide consular services and deal with bilateral issues.

Cuba “will use all legal mechanisms within its reach to defend its sovereignty and to ensure respect for the Cuban people and the laws of the country,” the foreign ministry said.