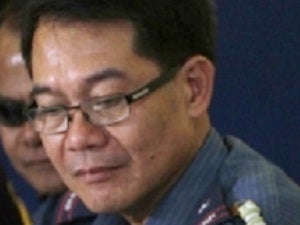 Police Senior Superintendent Gilbert Sosa said that among the 32 suspects arrested, 11 were charged with Section 168, or unfair competition in relation to Section 179 of RA 8293, or the Intellectual Property Rights law punishable by two to five years imprisonment, or fines ranging from P50,000 to P200,000.

The company is a video game publisher in the country and the exclusive distributor of all Blizzard Entertainment games and NBA 2K13 products.

“Datablitz Incorporated is not authorized to distribute and sell these products,” Sosa said, adding that the software games products were allegedly smuggled from Hong Kong and Singapore.

Pagdilao warned other computer software distributors against engaging in illegal distribution of such products, which can be considered as “economic sabotage.”

On the other hand, Pagdilao also reminded the public to be cautious when buying computer games and other software products by checking their seals of authenticity, and to buy only from authorized distributor shops.