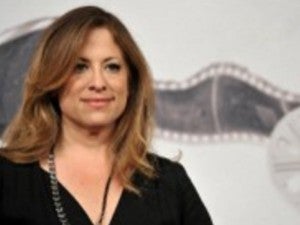 Producer Christina Steinberg poses during the photocall of “Rise of the Guardians” on November 13, 2012 during the VIIth edition of Rome film festival. AFP FILE PHOTO

PALO ALTO, California — HP and DreamWorks Animation SKG, Inc. (Nasdaq: DWA) on Thursday marked the latest chapter in their ongoing collaboration by working together to create an epic adventure for worldwide audiences with the breakthrough animation of the studio’s upcoming 3-D movie, “Rise of the Guardians.”

Like each DreamWorks Animation film before it, “Rise of the Guardians,” which hits theaters on Nov. 21, pushes the boundaries of digital animation as the studio’s most technically advanced film to date.

“Our goal is to push the limits of what is possible in digital animation and storytelling,” said Derek Chan, head, Global Technology Operations, DreamWorks Animation. “Using HP Converged Infrastructure technologies, we increase the functionality that allows our artists to create more innovative animation with every film.”

DreamWorks Animation uses HP technology throughout the production cycle—from creating character designs, to developing detailed animation scenes, to processing massive amounts of data. Throughout the years, HP technology has played an integral role in creating DreamWorks Animation’s groundbreaking animated feature films, including the franchise properties of “Shrek,” “How to Train Your Dragon,” ”Kung Fu Panda,” “Madagascar” and “Puss in Boots.”

“Rise of the Guardians” tapped the power of several HP technologies, including:

“Rise of the Guardians” fun facts: