SC expected to rule on TRO vs Cybercrime law 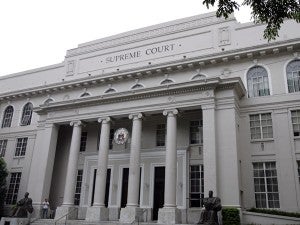 MANILA, Philippines — The Supreme Court this Tuesday will determine whether to extend the 120-day temporary restraining order against the implementation of the Cybercrime Prevention Act.

Petitioners, during the oral argument, requested the high court to extend the TRO. The last day the TRO is today, Tuesday.

Lawyer Harry Roque, one of the petitionersn told the high court that an extension of the restraining order was needed to prevent the law’s implementation while the high court was still determining its constitutionality.

During the oral argument, Solicitor-General Francis Jardeleza conceded that Section 19 was unconstitutional.

Section 19 known as the Take Down provision allows the Department of Justice to block and restrict a website without court warrant.

Jardeleza also admitted that Section 12 of the law which authorizes government authorities to collect traffic data was “barely constitutional.”

He admitted that traffic data was not thoroughly defined under the law and would feel better if there would be judicial intervention.