China says willing to work with US against hacking 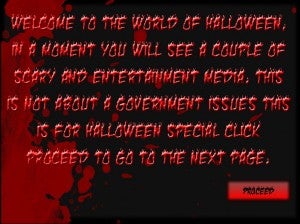 BEIJING—China has expressed a willingness to cooperate with the United States and others to combat hacking, after a top US official warned the international community was losing patience with Beijing.

Foreign ministry spokeswoman Hua Chunying, while reiterating China’s position that it is a victim of attacks in cyberspace, said Beijing was in favor of global cooperation on the issue.

“What is necessary in cyberspace is not war, but rather regulation and cooperation,” she told a regular briefing Tuesday.

“China wants to develop constructive dialogue and cooperation and joint safeguarding of the peace, safety and cooperation of cyberspace together with the international community including the United States,” she said.

China has repeatedly made such offers in the past.

Such cooperation needs to be “based on the principle of mutual respect and trust”, said Hua, calling the issue a “global problem”.

She spoke after National Security Advisor Tom Donilon said in New York on Monday that Beijing must take steps to investigate and stop cybercrime.

Last month a report from US security firm Mandiant said a unit of China’s People’s Liberation Army had stolen hundreds of terabytes of data from at least 141 organizations, mostly based in the United States.

“This is not solely a national security concern or a concern of the US government,” Donilon said, adding that US businesses were increasingly worried about theft of their secrets “through cyber-intrusions emanating from China”.

A US congressional report last year named China as “the most threatening actor in cyberspace”.

Guo Longlong, a researcher in American Studies at the Shanghai Institute for International Studies, believes the claims that China is not doing enough to combat hacking are unfair.

“We don’t have advanced technologies to protect ourselves from cyber theft,” he told Wednesday’s Global Times newspaper. “So we are actually more vulnerable.”