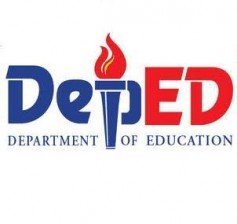 MANILA—The website of the Department of Education is still down after a cyber attack by hackers believed to be sympathetic with Taiwan in its row with the Manila government over the killing by the Philippine Coast Guard on Thursday last week of a Taiwanese fisherman in the Balintang Channel.

“The DepEd website (www.deped.gov.ph) was subjected to a Distributed Denial of Service (DDOS) attack which overtaxed its capacity. As a result, it became difficult to access the past few days,” the DepEd said in a statement.

DepEd said it hoped its website would to return to normal operation later in the day.

But even the temporary backup site has been hacked as a fake DepEd memorandum titled “GUIDELINES for the apology and compensation of victim” was including among the department’s issuances.

The fake memorandum apparently referred to the Taiwanese government’s insistence on an official apology and compensation, among others, for the death of a 65-year Taiwanese fisherman last May 9 when a Philippine Coast Guard vessel tried to accost Taiwanese poachers in Philippine waters in the Balintang Channel.

The Coast Guard said the Taiwanese poachers evaded arrest in a high seas chase until one of the vessels maneuvered to ram the government vessel, which was jointly manned by the Coast Guard and Bureau of Fisheries and Aquatic Resources.

The Coast Guard said the skipper of the MCS-3001 ordered to open fire at Guang Ta Hsin-28 to disable its engine and stop its attack. The shots accidentally killed one of the fishermen on board the Taiwanese vessel.

The DepEd announced last Monday that its website was  temporarily down. Its former website (former.deped.gov.ph) is also down.

The DepEd website is just one among several Philippine government websites that were subjected to a cyberattack allegedly by Taiwanese hackers.