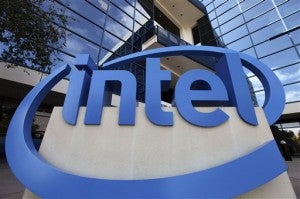 INTEL AND QUALCOMM . Adapting to a market that’s in intense upheaval.

SAN FRANCISCO — The changing face of the computer industry was on display Wednesday as two companies representing the old guard and the new issued strong results for the latest quarter.

Intel, a bedrock of the PC business, and Qualcomm, a vanguard in mobile computing, showed how companies at opposite ends of the computing spectrum are adapting to a market that’s in intense upheaval.

Intel’s net income rose 2 percent to $2.95 billion as revenue jumped 21 percent to $13 billion. The world’s No. 1 maker of PC processors benefited from healthy demand from corporations and in emerging markets. It also rode the popularity of smartphones and tablet computers in selling the chips powering servers that handle the increased mobile traffic.

CEO Paul Otellini said the results left him with “increasing confidence” for the second half of the year.

— The rise of mobile gadgets and weakness in the consumer PC market in U.S. and Europe have profoundly transformed Intel’s business.

— Those changes are benefiting companies such as Qualcomm as they assume a more prominent role in the semiconductor world. 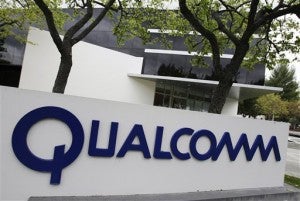 INTEL AND QUALCOMM . Adapting to a market that’s in intense upheaval.

But investors’ dismissive reaction to the reports underlined that the companies are still subject to different sets of expectations, even as their businesses overlap more.

After the results came out late Wednesday, Intel Corp.’s stock fell 34 cents, or 1.5 percent, to $22.62, apparently because of fears that the PC market is so wobbly that Intel’s forecasts might be too high. Qualcomm Inc.’s stock declined $1.50, or 2.6 percent, to $55.77 as some investors expected even stronger results.

Left unspoken in both company’s reports was Apple Inc., whose introduction of the iPhone in 2007 and the iPad last year have single-handedly launched the computer industry in two new directions, leading to a reshuffling of the established order.

Apple on Tuesday reported blowout quarterly results, and its stock are headed toward an all-time high of $400. Apple has now sold nearly 29 million iPads. In the latest quarter, it sold five times as many iPhones as it did Mac computers.

Qualcomm is a key Apple supplier, and investors are hoping that the company can win more business — possibly by replacing iPhone chips now made by the wireless-chip division of Germany’s Infineon Technologies AG, which Intel bought last year for $1.4 billion.