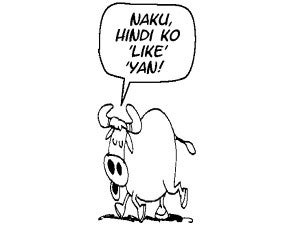 Page and  Zuckerberg condemned online spying on Friday and called for governments to be more revealing about snooping on the Internet.

“We understand that the United States and other governments need to take action to protect their citizens’ safety—including, sometimes, by using surveillance,” Page said in a blog post.

“But the level of secrecy around the current legal procedures undermines the freedoms we all cherish,” he said.

Page put his personal stamp on the California-based Internet giant’s denial that it allowed US intelligence agencies to mine data from its servers.

Zuckerberg did likewise in a statement posted online later in the day.

“Facebook is not and has never been part of any program to give the US or any other government direct access to our servers,” he said.

“We have never received a blanket request or court order from any government agency asking for information or metadata in bulk … And if we did, we would fight it aggressively,” he said.

Google, Facebook and other technology firms have vehemently denied that they knowingly took part in a secret program called Prism that gave the National Security Agency (NSA) and the Federal Bureau of Investigation (FBI) backdoors into servers.

“We have not joined any program that would give the US government or any other government direct access to our servers,” Page said.

“Indeed, the US government does not have direct access or a ‘backdoor’ to the information stored in our data centers … We had not heard of a program called Prism until yesterday,” he said.

The program was reportedly set up in 2007 and has grown to become the most prolific contributor to US President Barack Obama’s Daily Brief, the US leader’s top-secret daily intelligence briefing.

Some of the biggest firms in Silicon Valley were involved in the program, including Apple, AOL, Facebook, Google, Microsoft, PalTalk, Skype, Yahoo and YouTube, reports said.

The rebuttals issued on Friday in blog posts expand upon earlier statements that the companies issued in an attempt to distance themselves from a government surveillance program that is raising questions. At issue is whether the NSA has constructed a direct pipeline into the computers that run some of the world’s most widely used online services.

Each of the statements issued by Google Inc., Facebook Inc. and the five other companies linked to the program has been carefully worded in ways that doesn’t rule out the possibility that the NSA has been gathering online communications as part of its efforts to uncover terrorist plots and other threats to US national security.

“I think a lot of people are spending a lot of time right now trying to parse those denials,” said Lee Tien, a senior staff attorney at Electronic Frontier Foundation, a digital rights group.

“The top-level point is simply: It’s pretty hard to know what those denials mean,” Tien said.

Google and Facebook were tied to a clandestine snooping program code-named Prism in reports published late Thursday by the Washington Post and the Guardian, a British newspaper.

James Clapper, the director of national intelligence for the Obama administration, subsequently confirmed Prism had been approved by a judge and is being conducted in accordance with US law.

But Clapper didn’t identify what companies fall under Prism’s broad authority, leaving the reports by the Post and Guardian as the only windows into the spying program. The newspapers based their reports on confidential slides and other documents about Prism.

Besides Google and Facebook, those documents cited Microsoft Corp., Apple Inc., Yahoo Inc., AOL Inc. and Paltalk as the other companies immersed in Prism.  The NSA program also is getting data from Google’s YouTube video service and Microsoft’s Skype chat service, according to the Prism documents posted on the Post’s website.

All of the companies have issued statements making it clear that they aren’t voluntarily handing over user data. They also are emphatically rejecting newspaper reports indicating that Prism has opened a door for the NSA to tap directly on the companies’ data centers whenever the government pleases.

“Press reports that suggest that Google is providing open-ended access to our users’ data are false, period,” Page asserts in a blog post cowritten with Google’s top lawyer, David Drummond.

In his post, Zuckerberg lambasts the media accounts as “outrageous.”

All the companies but Microsoft and Yahoo said they had never heard of Prism before the name was revealedon Thursday.

All of the statements could be technically true. At the same time, they could mean the companies have been turning over user data when served a legally binding order issued under a program that they didn’t know had a code name until they read about it like the rest of the world.

It’s all part of a linguistic tango that’s often performed when the cover is blown on a top-secret operation, Tien said.

“The person could say ‘That story is not true’ and then say  ‘We have never done X,’ pointing to the 5 percent that was in fact, inaccurate,” he said.

Microsoft began turning over data in 2007 on the sixth anniversary of the 9/11 terrorist attacks, according to the Prism slides obtained by the Post. The documents list the following start dates for data collection at the other companies and services: Yahoo, March 2008; Google, January 2009; Facebook, June 2009; Paltalk, December 2009; YouTube, September 2010; Skype, February 2011; AOL, March 2011; Apple, October 2012.

In their posts, both Page and Zuckerberg seem to be telegraphing to the world that Google and Facebook are doing their best to limit the amount of user data that’s being handed over to the US government.