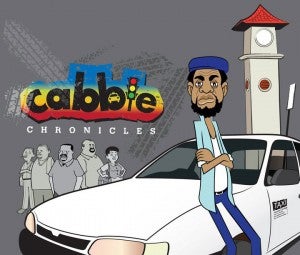 KINGSTON, Jamaica— Aspiring visual artists hoping to sketch out a promising future flocked on Thursday to an animation industry conference in Jamaica, which hopes to become the next hub of a growing global industry that generated more than $100 billion last year.

Jamaican and World Bank officials believe that the international animation industry can create thousands of jobs for young hopefuls in Jamaica, where the economy has sputtered for more than 30 years and good jobs are scarce. Because animation skills are transportable, they say capable individuals in Jamaica can serve international clients outsourcing work while also developing their own creative productions.

On Thursday, the first day of a two-day conference on the business, dozens of Jamaican hopefuls submitted their artwork and got career tips from representatives of industry leaders such as Bento Box, a Burbank, California-based company that is an animation producer for broadcast and cable networks.

Industry, Investment and Commerce Minister Anthony Hylton said labor-intensive animation “offers huge potential for the creation of jobs” in Jamaica. He said the country is well-positioned to become part of the industry’s “global supply and value chain” because the English-speaking country shares a language with major content producers in the U.S., Britain and Canada and its citizens have always displayed a deep talent for the arts.

Scott Hodges, a 20-year-old student at Kingston’s Edna Manley College of the Visual and Performing Arts, was among the excited young artists in attendance.

“I wanted to be in animation ever since I was small. We just need opportunities in Jamaica and we can succeed,” Scott said the sidelines of the conference at Jamaica’s campus of the University of the West Indies.

Starting in the early 1970s, Hollywood producers began sending animation work to countries like Mexico, Canada and Spain as a way to cut rising labor costs. By the beginning of the next decade, the industry turned to Japan and its animation sector, which relied on subcontractors in Taiwan and South Korean.

Today, there are thousands of animation studios and trade schools across Asia, many of them in China. Animation outsourcing by major companies such as Disney Animation and Nickelodeon to subcontractors in countries such as India and the Philippines has become a flourishing business.

Joan Vogelsang, president and CEO at Montreal-headquartered Toon Boom Animation Inc., a company that produces digital content and animation creation software, said she’s confident that Jamaica has the necessary ingredients to become a popular animation destination “not only for subcontracting opportunities but also for intellectual property development.”

Vogelsang, who has helped develop animation sectors in India and other countries across the globe, also said the industry creates well-paying jobs that can help build a strong middle class in countries like Jamaica.

“The day of the starving artist is over,” she told a conference room of eager creative types.

Joel Kuwahara, co-founder and principal of Bento Box and a former producer on “The Simpsons,” said the global industry is enthusiastic to bring talented artists from Jamaica and other regional spots into the fold.

“Technology gives you the chance to work with more partners overseas,” Kuwahara said before giving a presentation. “It’s a necessity for us because it’s expensive to produce in Los Angeles. And these days, there are no limitations to where you live to collaborate.”