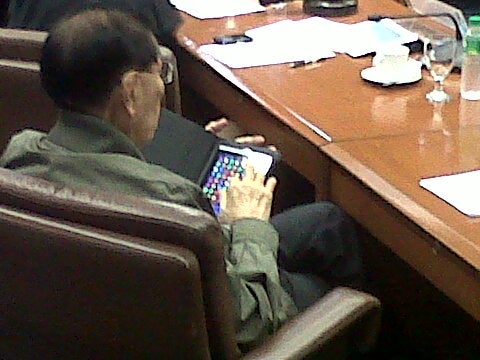 MANILA, Philippines – Even Senate Minority Leader Juan Ponce-Enrile isn’t exempt from having fun. And he seems to be having lots of it as he momentarily shifts his focus from the Senate investigation into the alleged sex exploitation of overseas Filipino workers to “Bejeweled” on his tablet.

The 89-year-old Enrile was photographed by a Senate reporter playing the popular computer game while listening to the hearing by the blue ribbon and labor committees.

Enrile, however, still managed to participate in the discussions.