IT experts back more funds for new teachers, textbooks, instead of computers 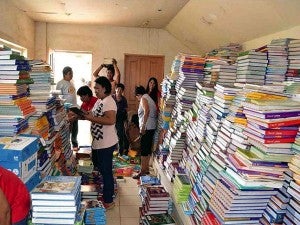 MANILA, Philippines — Instead of computers, the Congress should focus in giving more funding to the purchase of textbooks and hiring of more teachers for public schools, a group of information technology experts said on Tuesday.

The Computer Professionals’ Union gave this reaction to a bill filed by Senator Juan Edgardo Angara which sought to provide every public elementary and high school a computer laboratory equipped with at least 10 computers.

“Senator Angara should just add his pork to the Department of Education’s budget so that the agency can continue supporting the Gilas project,” Rick Bahague, CPU national coordinator, said in a statement.

Bahague was referring to the Gearing Up Internet Literacy and Access for Students project, a a private-sector led Internet literacy program that was turned over to the DepEd in November 2012. He recalled that in 2012, the DepEd allocated P1.8 billion to the Gilas project and at same time reported that 97 percent of all public high schools already had computers while 68 percent had Internet access with help from the project.

“[So] there is no need to pass a new law just to put computers in classrooms unless DepEd’s pronouncement is not true,” Bahague said. Angara, however, said only half of the 4,336 high schools nationwide had computer laboratories, with most of them needing repairs or upgrading.

The senator’s measure proposes that two of the 10 computers be connected to the Internet “to further assist the students with their research.”

The CPU said that similar efforts to address the apparent lack of innovation in teaching and education by introduction of various technologies have been attempted in other countries.

The group recalled the efforts in the mid-2000’s of Massachusetts Institute of Technology-Media Lab founding chair Nicholas Negroponte’s One Laptop Per Child Project (OLPC) which aimed to provide laptop computers to developing countries.

However, a 2012 study of the Inter-American Development Bank on the implementation of the OLPC in Peru, concluded that students who benefited from the project showed “no measurable improvement in tests scores.”

One-to-one laptop programs enforced in Maine, Michigan and Texas in the United States as well as in New South Wales, Australia also showed similar or mixed results, according to the technology news website Mashable.

“What would give more long term positive results—giving 10 computers or providing thousands of textbooks and hiring more teachers? Of course, the most appropriate is to provide all necessary tools for learning to students and it will start with adequate budget in education and proper prioritization on its spending,” Bahague said.

CPU is a network of computer professionals, IT practitioners and free and open source advocates. It is a member of several watchdogs that monitor automated elections in the country.